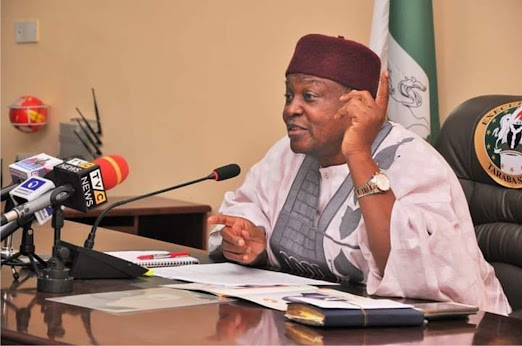 Governor Darius Dickson Ishaku of Taraba State has again called on the leadership of the North East Development Commission (NEDC) to reconsider the award of Jalingo Numan road.

Another road which the governor also beckoned at the commission to intervene in, is the Jalingo/ zing /Mayo-Belwa road.

The appeal for intervention came at the weekend when the state received relief materials for the victims of the recent flood disasters in the state from the leadership of the commission.

The deplorable condition of the roads, which according to the governor, posed a serious challenge to the economic development of the area, needed to be attended to, hence the need for the commission to wade in.

Apart from the roads, the governor also asked the federal government to endeavour to capture the North East region in its rail line projects.

He said such projects will go a long way in boosting the economy of the region and the country at large and charged the commission not to hesitate in mapping out plans to get the roads fixed.

The leadership of the commission which was led by its Managing Director, Mohammed Alkali, said the government body was in the state to commiserate with the people and the government over the disaster that led to the massive destruction of valuables.

The disaster which occurred in Ibi, Lau and Karim-Lamido government councils of the state following heavy downpours that lasted for hours, led to the displacement of many persons.

The said roads which have not only turned out to be death traps for motorists and passengers have also become a flashpoint for hoodlums attacks in the area.