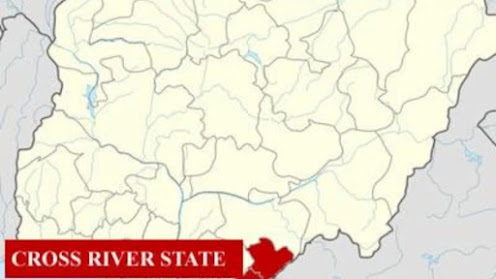 There was chaos in Yonen community, Ugep, Yakurr Local Government Area of Cross River State on Tuesday after a woman identified as Blessing Eno, who claimed to be led by the ‘spirit,’ slaughtered her 11-month-old baby.

The mother of two, who might be suffering from mental disorder, cut off the head of the baby with a machete, saying the boy was disturbing her and a spirit instructed her to slaughter him.

It was reported that her eight-year-old son raised the alarm that attracted neighbours to the scene of the crime.

The quick response of the police, who took her into protective custody, averted an angry mob from extra-judicially killing her at the station.

While calling for calm, the Paramount Ruler of Yakurr LGA, HRM Obol Ofem Ubana Eteng, expressed shock over the tragic incident, saying he had immediately convened an emergency meeting with his subjects to ensure that further bloodshed was averted.

“We are in shock, but we are calm and have left this matter in the hands of the police, I can assure you that there will be no reprisal action because we must remain law-abiding,” he stated.

Confirming the incident, Police Public Relations Officer, SP Irene Ugbo, disclosed that it was a homicide case and the matter has been transferred to the Homicide Department of the State CID for onward investigation.

On his part, a Child right activist and principal counsel of Basic Right Council Initiative, BRCI, James Ibor said there was no doubt the lady in question was mentally unstable.