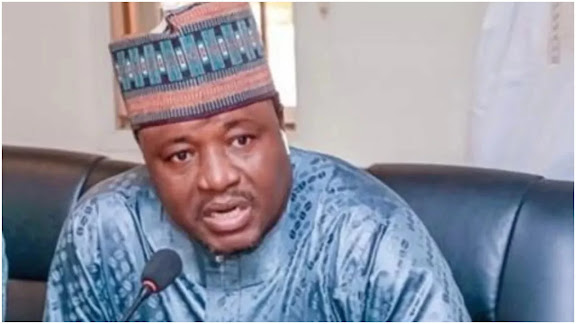 The Central Bank of Nigeria, CBN, has been called upon to retain the Arabic inscription on the redesigned naira notes.

Emefiele said the redesigned naira notes would be released on December 5, 2022.

Following this announcement, the apex bank was asked by some Nigerians to expunge Arabic inscription from the new naira notes, stressing that it’s not Nigeria’s official language.

But, the Muslim Rights Concern (MURIC) said Arabic inscription, also known as Ajami, should be retained on all naira denominations, stressing that the removal would provoke Muslims and cause division within the country.

Amid these controversies, a former CBN Governor, Muhammadu Sanusi had said the apex bank would not remove the Arabic inscription from the new naira notes.

Also speaking on the matter, the Arewa Youth Consultative Forum, AYCF, said the Arabic inscription should be retained in the spirit of brotherhood.

Shettima described those calling for Ajami to be expunged as religious bigots.

He said: “Most of our people in the North understand Arabic, so for us to move together and in the spirit of brotherhood, it’s not a bad idea to allow the inscription.

“Most of the people advocating for the removal of the inscription are ethnic bigots that create a story where there is no need for such.

“Over time, this inscription has been there and does not in any way imply an Islamization agenda; it’s just a figure, and I don’t know why this issue is coming up now.

“I don’t think it’s part of the government’s policy, but biased-minded people are thinking in that light. In the spirit of oneness and brotherhood, the inscription should remain.

“Personally, I have no problem because I can read, write, and understand any figure on the naira but most people in the Northern part of the country have issues understanding the other side of the naira. In the North, we have people who only understand Islamic knowledge, so to carry them along and make them feel they belong to the society, our forefathers initiated that.

“It was not initiated by a Muslim government but by a Nigerian Government from the onset.”

On his part, an Abuja-based public affairs commentator, Deji Adeyanju, however, wondered about the correlation between Nigeria and Arab that would warrant Arabic language on the country’s legal tender.

He said it would have been preferable that Nigerian language was inscribed on the naira instead of Arabic.

Adeyanju also noted that having Arabic inscription on the naira was not an issue.

He said: “I don’t think the debate around the Arabic inscription on the naira notes is a big deal because English is also a language.

“However, it would have been preferable if it was a Nigerian language that is on the naira instead of Arabic, because what is the correlation between Nigeria and Arab? Is Nigeria an Arab nation?

“I don’t understand the correlation between our legal tender and Arabic inscription, but it should not be a big thing that people begin to give religious connotations because it’s just a language after all.

“I think CBN should be looking towards having our local language on our legal tender,” Adeyanju said.