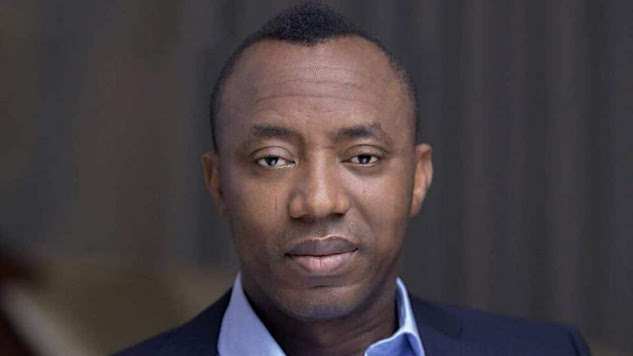 Omoyele Sowore, the presidential candidate of the African Action Congress, AAC, has mocked a former Kogi West Senator, Dino Melaye, over his cash donation at an event.

The mild drama played out during the night of tribute in honour of a frontline rights activist, Ariyo Dare-Atoye, popularly called Aristotle, in Abuja on Saturday.

Speaking, Melaye, who eulogized the late Dare-Atoye, donated N500,000 to a foundation setup for the deceased’s children.

Melaye recalled how selfless the deceased was during his lifetime.

“Severally, he was in my house, and he never came for himself. He always asked me to assist others, he never asked me of anything.

“I spoke to my brothers, Deji and Tosin, and they told me about a planned education foundation for the children. I’m pledging an annual donation of five hundred thousand naira to the foundation, and I brought the first part of it.”

However, Sowore took a jab at Melaye for making such donation openly.

The AAC presidential candidate said the donation was the effect of the Central Bank of Nigeria, CBN, new policy on the redesigning of the naira note.

Sowore said: “You can already see the effect of CBN redesigning of naira notes, politicians are now carrying cash in the day time.”

Recently, CBN announced plans to redesign some denominations of the naira notes.

Naira denominations that would be redesigned include N200, N500, and N1000 notes.