National Hospital and the fight for the life of a seat 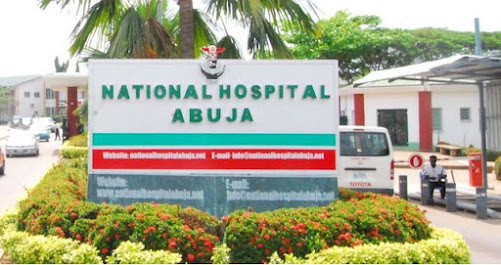 The crisis rocking the selection of a new Chief Medical Director for the National Hospital, Abuja may be far from over. Fresh facts have emerged that the Minister of Health may have ordered the cancellation of the recently concluded selection process in an apparent power tussle between the Board Chairman and the Minister.

Just recently, a 20-man panel chaired by the Permanent Secretary, Federal Ministry of Health, Mallam Mahmuda Mamman had conducted a screening exercise and subsequent interview of shortlisted candidates for this exalted position. It was gathered that unlike other candidates, a female candidate who is married to the family of a highly positioned player in the Presidency was screened out due to her failure to produce any evidence showing her Nigerian indigenship in the form of a local government certificate. She was reported to have made frantic efforts to stall the initial process and ensure she was allowed to join the interview which commenced on the 12th October, 2022 but lasted till the early hours of the next day. The candidates we learnt were even subjected to various other forms of security vetting and other fiduciary assessments. To discard this tortuous process just to satisfy the ego nay exclusive wish of an individual would be to take such an exalted position as a joke, may child’s play.

It was learnt that another interview is being scheduled for Saturday, 26th November, 2022 giving the candidates only a few days notice. The letter to the shortlisted candidates dated 23rd November, 2022 and signed by Peter Egwakhide, Secretary to the Board of the hospital read in part “recall that you participated in the above-mentioned exercise on Wednesday, 12th October, 2022 at the National Hospital Abuja.  On the strength of a petition written on the exercise, the Honourable Minister of Health has cancelled the initial exercise and directed that it should be rescheduled accordingly.”

One wonders what would be the fate of some of the candidates who may be indisposed or are even currently out of the country for valid reasons. Would they also be automatically excluded? How then would this new interview be able to withstand the test of integrity? It remains unanswered for how long this cycle would continue.

This is another among numerous blunders being committed by the Minister of Health, Dr Osagie Ehanire.

It would interest you to note that the last interview process was said to have favoured a certain candidate who is from the same area as the Board Chairman.

Expectedly, this ugly development would birth numerous questions on the minds of discerning Nigerians. Is the Permanent Secretary who is the Chief Administrative Officer of the Ministry considered to be incapable of leading the selection process of the head of a single teaching hospital in Nigeria? While this is even a new trend as the shortlist in other hospitals are often generated by the board then passed on to the Ministry, is the introduction of the Minister of State into the selection panel a complication or solution? Are we sure additional interests wouldn’t come in at this point? Who is that powerful candidate that warranted the cancellation of a process that had gone thus far in the day? Would she eventually emerge as the preferred candidate for the CMD position of National Hospital? Time as they say is the wisest counsellor of all.