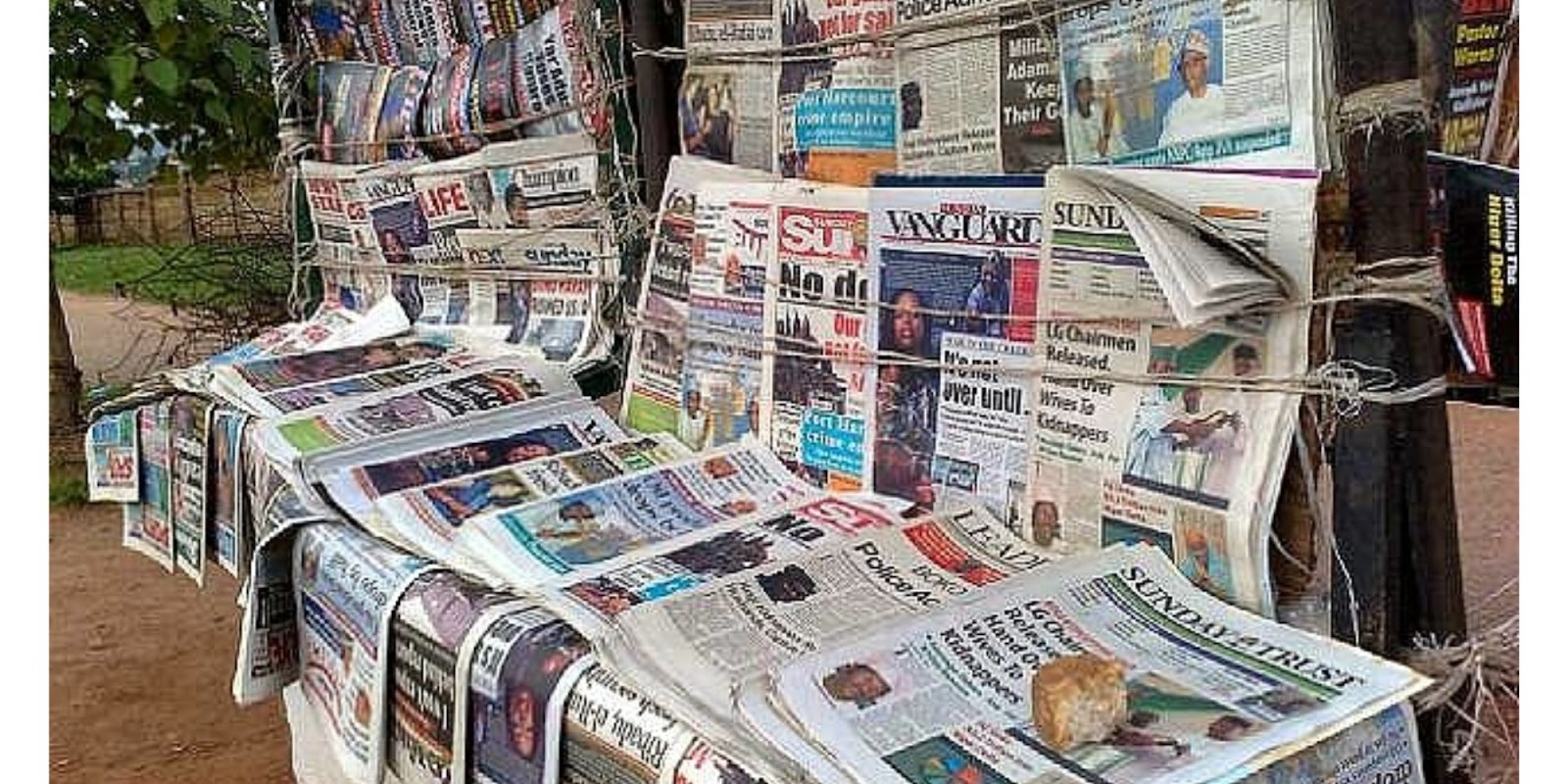 Newspaper vendors in Anambra State have protested the alleged ban on newsstands across the State by the State government.

The vendors said the ban was an infringement on citizens’ rights of freedom of the press.

They said government agents have been harassing them on a daily basis, asking them to rent offices/shops where they would sell their newspapers.

A female vendor at Aroma, Esther Godwin, who spoke to journalists, said some government agents came to her newsstand and warned her to stop selling newspapers there from next week, adding that when she asked them the reason for the quit notice, they told her it was Governor Soludo’s decision.

She said, “Even in London and America, vendors still sell newspapers on the newsstands, despite their development. Why is Soludo telling us to rent offices where we will be selling newspapers?

“Where is the money to do that at a time like this. We have planned to visit the Commissioner for Information to complain; if nothing positive comes out from our meeting with the Commissioner, we shall go to the State House of Assembly and call for his (Soludo’s) impeachment.”

Meanwhile, a lecturer of Mass communication, who spoke in confidence to our correspondent, described the alleged ban on newsstands in the State as executive madness.

He said newspaper sales and distribution were components of free press in a democratic society, stating that emasculating the newspaper vendors under any guise was unfair and against the tenets of constitutional democracy.

“The mass media is central to the development of any democratic society. This has been generally acknowledged in developed societies to the extent that the media has often been described as the Fourth Estate of the Realm.

“Nigeria, like other democracies, recognizes the role of the mass media and has gone to the extent of giving constitutional backing to it. The 1999 Constitution did not only guarantee every Nigerian freedom of expression and to own, establish and operate any medium for the dissemination of information, ideas, and opinions, but also gave obligations to the media to monitor governance and hold the government accountable to the people.

“Section 39 of the Constitution states that ‘Every person shall be entitled to freedom of expression, including the freedom to hold opinions and to receive and impart ideas and information without interference.’

“Section 22 of the Constitution states that the press, radio, television and other agencies of mass media shall at all times be free to uphold the fundamental objectives contained in Chapter 2 of the 1999 Constitution and uphold the responsibility and accountability of the government to the people.

“So, it’s only a government that has something to fear or hide that would want to restrict vendors from circulating newspaper and other periodicals.”

Efforts to get the reaction of the Commissioner for Information, Paul Nwosu, on the matter was not fruitful as his telephone line rang out several times.