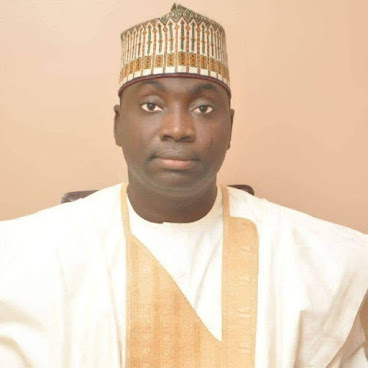 The Chief Press Secretary (CPS) to Governor Abubakar Sani Bello, Mary Noel-Berje has expressed shock over the death of Danladi Mohammed Ndayebo, former Commissioner for Information in the state.

Mallam Ndayabo died on Monday as a result of injuries he sustained during a ghastly motor accident along the Minna-Suleja road.

Noel-Berje in a statement described the death of Ndayebo as a monumental loss to Niger State in particular and the country at large.

She said, “we have lost a rare gem, a brilliant, versatile young man who was in his prime and his services still needed by the state and country.

“My prayers are with the family, his close friends and associates. At this point, all we can do is to pray that God forgives his shortcomings and grant rest to his soul”, She said.

The CPS urged the family to see Ndayebo’s death as an act of Allah, pointing out that no one can question the will of Allah.

The statement added,” He also served as the Director General, Media Relations in the administration of Governor Muazu Babangida Aliyu where he was elevated to Chief Press Secretary to the Governor and then to Commissioner for Information. He served in various editorial positions with Leadership Newspaper”.

In his condolence message, Nmodu said he was yet to come to terms with the reality of Ndayebo’s demise, a senior colleague in the Leadership Newspaper.

He described Ndayabo as a fine writer, a journalist per excellence, an astute administrator, promoter of peace and unity, who carved a niche for himself in the art of journalism both at the national and international levels.

He noted that the appointment of Ndayebo as the Executive Secretary, Nigerian Institute of Quantity Surveyors was a clear demonstration of his capability and administrative knowledge to execute any task assigned to him, apart from his chosen career in journalism.