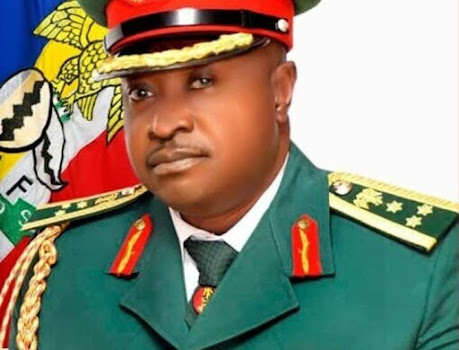 A senior officer in the Nigerian Army, Brigadier General O. A. James, is dead.

James was the Director of Finance at the Nigerian Armed Forces Resettlement Centre (NAFRC) in Lagos.

He died Tuesday night after a drunk corporal, Abayomi Ebun, knocked him down with a car.

James was walking to his residence inside the barracks when the accident occurred.

The late General was rushed to the NAFRC Medical Centre, where he was confirmed dead.

The corporal is in custody, where he’s being held by provost marshals. The Army is yet to react.

He was an Association of National Accountants of Nigeria (ANAN) fellow and a member of the Nigerian Institute of Management (NIM), Chartered Institute of Taxation (ACTI), and National Institute (mni).