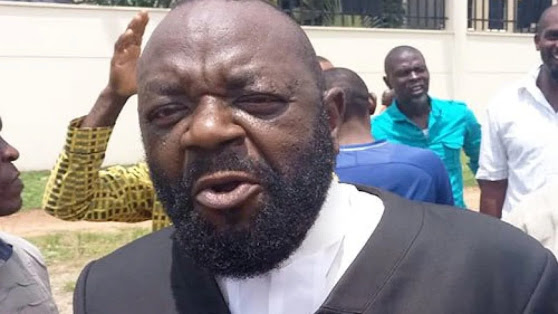 Aloy Ejimakor, Special Counsel to Nnamdi Kanu, leader of the Indigenous People of Biafra, IPOB, has insisted that no charges can stand against his client.

Ejimakor was reacting to the Federal Government’s amended charges against Kanu.

On Friday, the Nigerian Government had amended the seven-count terrorism charge against the IPOB leader.

In a broadcast, the Federal Government said Kanu had issued a deadly threat that anyone who flouted IPOB’s sit-at-home order in the South-East should write his or her will.

The Government claimed that in 2018, Kanu severally made broadcasts that incited his members to kill security operatives and families.

In a series of tweets, Ejimakor said with the extraordinary rendition and the judgments form Abuja Appeal Court and Federal High Court in Umuahia, no charges can stick against Kanu.

He wrote: “The issue does not lie in recycling Charges. Any prosecutor can fun & frolic with Charges, but with the extraordinary rendition, plus the Abuja & Umuahia judgments, no Charges can ever stick against Mazi Nnamdi Kanu. Never!

“The Presidency should know that the Stay granted by the Court of Appeal did not halt compliance with the 2018 continental tribunal Decision, the UN Opinion & the Umuahia Federal High Court Judgment, which are all in favor of freeing Mazi Nnamdi Kanu from custody & no new charges.”