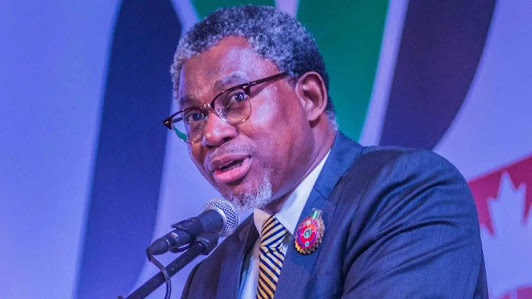 The Minister of Mines and Steel Development, Olamilekan Adegbite, on Tuesday, disclosed that there was no provision for the ministry to fight illegal miners in its 2023 budget.

The minister stated this before the House of Representatives Committee on Mines and Steel while presenting the ministry’s 2023 budget proposal.

Adegbite, who noted the effort of the ministry in liaising with the Nigeria Customs Service to help put a stop to illegal miners carrying gold through borders, said, “If you look at our budget, there is no appropriation for security. That’s why we will go back to the national security adviser.

“Yes, my predecessor with the president, set up the mining police in 2017. Essentially, the minister sits as the chairman of that mining police, and it has the IGP, the chief of army staff, the Director of DSS, the commandant General of the Civil Defence people and the NSA. But the committee has not been funded since then.

Responding to a question on Kogi State Ajaokuta Steel company, he explained how COVID-19 in 2020, was essentially responsible for the non-resuscitation.

The minister, who recalls how he had in 2019 after participating in a summit in Russia, announced that the company would come back on stream in the first quarter of 2022, said the Covid pandemic struck and stopped the Russian technical experts from coming to the country.

“Essentially, what you have seen in the budget on Ajaokuta every year is just personnel cost and maintenance.

“So, what we hope to do before we leave office is to set Ajaokuta on a solid foundation, on a trajectory that, in another year or two, it will start running.”

Adegbite further bemoaned the N3.2 billion allocated to the ministry as the 2023 budget, saying it was poor.

Reacting to this, Victor Mela, a member of the committee, accused the minister of not doing enough to get the steel sector working.

”The minister was also not doing enough to curb illegal mining, saying foreigners were taking away billions of naira, which are not being captured.”