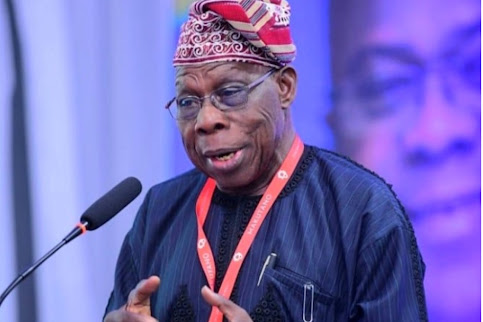 Obasanjo spoke in Kinshasa, Democratic Republic of Congo when he led two governors, four industrialists, security and energy experts among others on an investment drive.

The ex-leaders trip to the Central African country was upon a request from President Felix Antoine Tshisekedi Tshilombo.

In a statement by spokesman Kehinde Akinyemi, Obasanjo emphasized the need for Africans to come together for the greater prospects of the continent irrespective of their countries.

At the International Business Forum organized by the Makutano Network, Obasanjo said that it was imperative to understand that African investors should tap into the potentials in Congo.

“We must ensure that we create that conducive environment to get that money for these investments to come up in the country.

“We have come with people that have something to offer, something to learn from. This meeting will not be like the usual meetings that will end here. I don’t want that to happen.

“We have to form the Nigeria/DRC business Council or whatever name we will call it for the continuity and progress of this meeting today.”