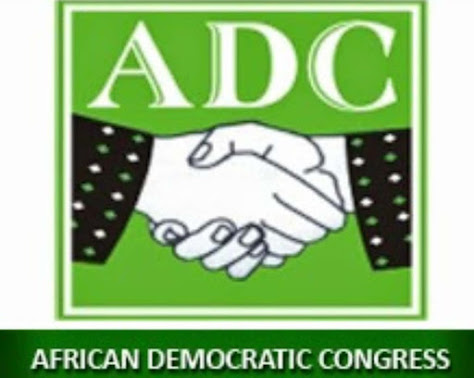 The deputy governorship candidate of the African Democratic Congress (ADC) in Ogun State, Hon. Olatunde Awonuga, has said that the 24 court cases against the party’s candidates were sponsored by opposition parties.

Awonuga said the cases were instigated by their plaintiffs to cause distractions and shift the party’s focus from its “mission to rescue Ogun State.”

Addressing newsmen at Abigi in Ogun Waterside Local Government, during a visit to intimate his kinsmen about his 2023 ambition, Awonuga said the party would not be distracted by the antics of those who have taken the party to court.

Earlier, the ADC governorship candidate in Ogun State had accused the All Progressives Congress (APC) of sponsoring no fewer than 24 cases against him and other candidates of the party.

In his words, Awonuga maintained that the cases against the ADC would not stop the party from taking over governance in 2023, charging supporters to remain steadfast and calm.

According to him, the party has all it requires to take Ogun to the promised land come 2023, saying the ADC would industrialize the State.

“We are set, we are waiting for them. We are not afraid. We have too much confidence that come 2023, ADC will win Ogun State. Our supporters should remain steadfast and calm. We are ready, we have the capacity to drive Ogun State,” he said.

The former Ogun lawmaker disclosed that he was in Iwopin, Oni, Ibiade, Abigi and other communities in Ogun Waterside “to inform the monarchs and my people that ADC is the only party that can rescue Ogun State.”

In his message to his people, the candidate implored them not to let the opportunity of having their son as the next deputy governor evade them, stressing that the local government has a lot to benefit.

“We are surrounded by water here in Ogun Waterside, but this has not translated into any economic benefit. We will build a seaport here. We will construct bridges to link you with Lekki in just 30-minutes drive. Don’t let this opportunity pass you by.

“If they bring money, collect it. But remember you’ve not been having power and water supplies since three years ago. We have been forgotten here. They said you don’t have electoral value. They said we are very few and that is why we could not be given the House of Representatives ticket. They said that position is too much for Ogun Waterside, but now God has blessed us with a deputy governorship ticket. Don’t let this pass us by,” he pleaded.

Awonuga stated that the ADC, when elected, would declare state of emergency on education and infrastructure, adding that pregnant women, children and the elderly would be taken good care of.