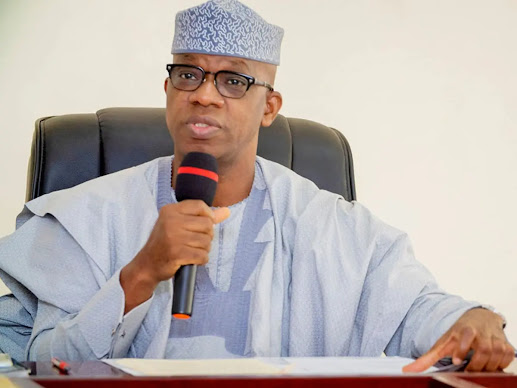 This is as the government assured residents and commuters passing through Ogun State of adequate security before, during and after the Yuletide.

The Ogun State Government said efforts would be intensified towards giving more support to the security agencies as a way of ridding the State corridor of the popular Lagos-Ibadan highway of kidnappers and other armed gangs.

Saga Gist had earlier reported that gunmen who are usually dressed in military uniforms have taken over the Lagos-Ibadan road, kidnapping travellers for ransom.

In the same vein, it was also reported that some areas in Abeokuta North Local Government have been kept under siege by kidnappers as residents plan relocation.

At a security meeting convened by Abiodun, the police and other sister agencies had assured that steps are underway to stop the activities of the kidnappers.

The Chief Press Secretary to Gov Abiodun, Kunle Somorin, on Friday, revealed that the Ogun State Commissioner of Police, Lanre Bankole, had disclosed that adequate arrangements are in place in terms of manpower and equipment.

This, Bankole was quoted as saying would help in confronting any security challenge in any part of the state.

“We are battle ready to deal with any breakdown of law and order in any part of the state,” Bankole had said, saying more men have been put on high alert.

In his message to the hoodlums, the police boss had maintained, “We are going to give it to them hot. We are going to make Ogun State unattractive to them. They will have no safe haven in any part of this state.”