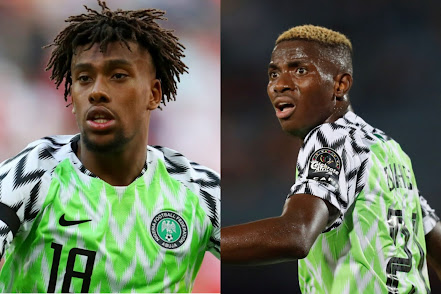 Victor Osimhen and Alex Iwobi have not been included in Nigeria’s squad to face Costa Rica in an international friendly.

The game is scheduled to be played in San Jose on November 10.

The players invited have been training at the Lekan Salami Stadium in Ibadan.

Although prominent Super Eagles have been snubbed for the Costa Rica meeting, they are expected to feature prominently when Peseiro names the team to face Portugal.