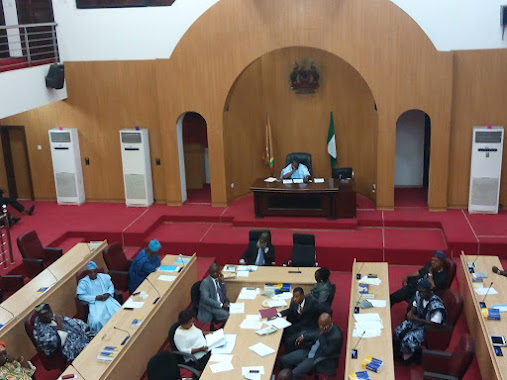 The Osun State House of Assembly has passed the Osun State University Teaching Hospital and Osun State Examination Board Establishment bills 2022 into law.

The two bills were passed during the plenary of the House of Assembly on Thursday.

The Osun State University Teaching Hospital was passed after a motion moved by the Majority Leader of the House, Maroof Olanrewaju and seconded by Israel Oyekunle representing Ejigbo State Constituency.

The Osun State Examination Board Establishment bill 2022 was also passed into law with the motion moved by the Majority leader of the House, Maroof Olanrewaju and seconded by Festus Babatunde Komolafe representing Atakumosa East/West, respectively.

The Speaker of the Assembly, Timothy Owoeye in his remark noted that the bill would make provision for health care services for the people of the State.

He also said that the bill would make provision for research and other related medical services.

The Speaker also stated that the Osun State Examination Board will conduct examination for primary 6, Junior School 3 and other internal examinations in public schools within the State.

Earlier, Owoeye announced that the Osun State College of Health Technology, Ilesa, would now be under the supervision of State Ministry of Education, not the Ministry of Health.