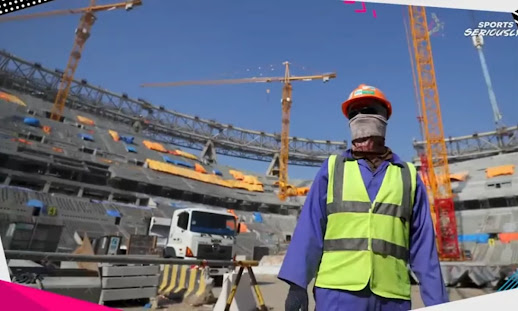 A top Qatari official has said the number of workers who died while building World Cup stadiums for the ongoing tournament is ‘between 400 and 500’.

Daily Mail reported that the figure is by far the country’s highest admission of fatalities.

The recent comment by Hassan al-Thawadi, secretary-general of Qatar’s Supreme Committee for Delivery and Legacy, came off the cuff during an interview with a British journalist Piers Morgan.

Morgan asked Mr al-Thawadi: ‘What is the honest, realistic total do you think of migrant workers who died from… as a result of work they’re doing for the World Cup in totality?’

“That’s something that’s been discussed.’ The figure is a drastically higher number than any other previously offered by Doha”, Mr al-Thawadi replied.

In a later statement issued regarding the controversial figures, the Supreme Committee said Mr al-Thawadi was referring to, “national statistics covering the period of 2014-20 for all work-related fatalities (414) nationwide in Qatar, covering all sectors and nationalities”.

The Guardian in 2021, reported that 6,500 migrant workers had died since the country was awarded the rights to host the World Cup in 2010 by FIFA.