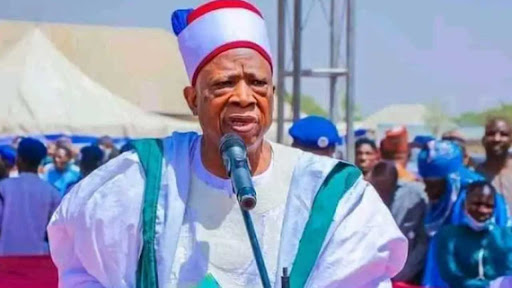 The People’s Democratic Party (PDP) has asked the Federal High Court in Abuja to sack the Abdullahi Adamu-led National Working Committee (NWC) of the All Progressives Congress (APC) on account of illegality in the process that produced the party’s national officers and candidates.

PDP in a new fresh suit demanded that all candidates produced by APC for the 2023 general elections be disqualified from the race having been allegedly produced in breach and gross violation of the 1999 Constitution and Electoral Act 2022.

The suit filed by Mr Ayo Kamaldeen Ajibade, a Senior Advocate of Nigeria (SAN) on PDP’S behalf, was predicated on a judgment of the Federal High Court delivered on September 30, 2022, which declared as illegal, unlawful and unconstitutional, all actions and activities of Governor Mai Mala Buni as the Chairman, Extraordinary Convention Committee of the APC.

Saga Gist noted that Justice Ekwo has in turn, fixed November 22 for mention of the suit with an order that all the 53 persons listed by PDP in the suit as defendants be served with hearing notices in their respective locations.

The Court process sighted on Wednesday by our correspondent showed that the Presidential candidate of the APC, Bola Ahmed Tinubu, his running mate, Kashim Shetima, all Governorship candidates and their deputies are listed in the request for disqualification from the 2023 election on the grounds that their nominations are in breach of the Constitution and Electoral laws.

Also listed in the request for disqualification from the 2023 general elections are the Senatorial and House of Representatives candidates of the party for the same reasons.