PDP’s ex-officio, others dump party for APC in Yobe 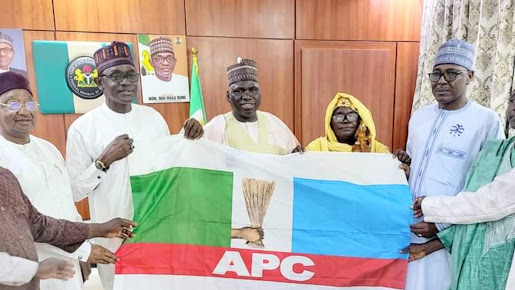 Yobe State Governor, Mai Mala Buni has received Hajiya Musafaram, a former ex-officio of the Peoples Democratic Party, (PDP), who defected to the ruling All Progressives Congress, APC, in the State.

Mamman Mohammed, the Director-General Press and Media Affairs to Gov. Buni, in a statement, noted that Musafaram, a PDP faithful with an unshaken loyalty, had been with the party since 1999.

The new entrant said the performance of the Buni-led administration in improving the lives of the people of the State made her to leave her party for the APC.

The Governor assured the defectors of equal opportunities with existing members.