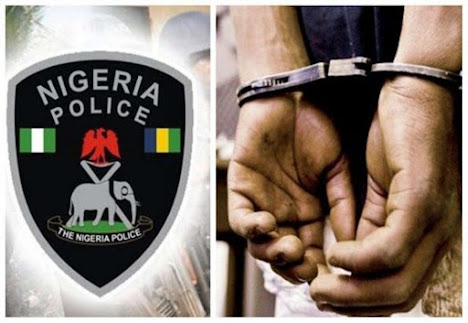 The Divisional Police Officer in-charge of Oguta Police Station and his investigation team have arrested one Nnura Henry Afam, from Umuayata village suspected to be a member of armed gang terrorizing communities in Oguta Local Government Area of Imo State.

The Imo State Police Command spokesman , Micheal Abattam, confirmed the report in a statement made available to DAILY POST on Tuesday in Owerri, Imo State.

The statement reads, “On 26/10/2022 at about 0900 hours, a report of Burglary and stealing was received by the Divisional Police Officer in-charge of Oguta Police Station and his investigation team immediately swung into action to identify and arrest the perpetrators of the dastardly act.

“After diligent gathering of credible intelligence, on 27/10/2022 at about 1200 hours, one Nnura Henry Afam ‘m’ aged 34 years old a native of Umuayata village in Oguta Local Government Area of Imo State was arrested.

“In the course of interrogation the suspect confessed to the crime, claiming that it was his boss, Ebuka surname unknown alias “Small Witch” that instructed him to broke into the complainant’s house at night time and steal the properties and to take all the stolen items to his (Ebuka’s) house.

“The suspect on sighting the police from a distance arrived at his residence, immediately locked his door from the inside and escaped through the rear door into the bush.”