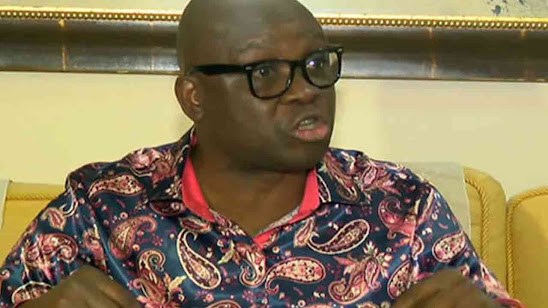 Fayose said Obi poses a great danger to the chances of PDP in the presidential 2023 election.

He disclosed this while speaking with Channels TV on Thursday night.

Fayose also warned that the Southwest might not vote for the PDP in the 2023 presidential election.

The PDP chieftain further observed that the LP presidential candidate might not get 25 percent of votes in two-third of the States in Nigeria.

He said, “Obi is a danger to watch out for. I don’t believe Obi will make 25 percent of votes in two-thirds of the States of the federation.

“I’m not against Obi. I love him and he is a very vibrant leader. I don’t believe he will get the required 25 percent of votes because of my permutation as Ayodele Fayose, but with God, nothing shall be impossible.

“Let me say Obi is more of chronic cancer to PDP and there is no denying it.

“Let me give you an analysis. In the South-West, people might not like to hear that, I don’t see how PDP will win.”

In May, the former Anambra State governor had dumped PDP and joined LP in pursuit of his presidential ambition.

Since joining LP, Obi has become a force and a movement among Nigerians.