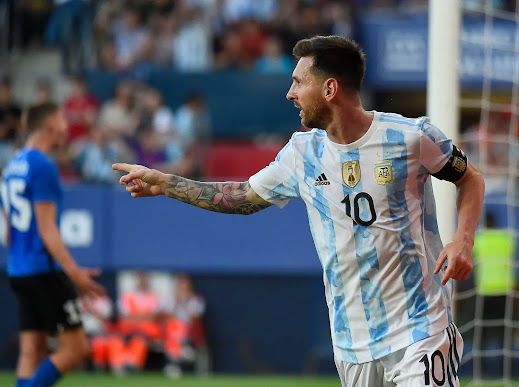 Messi took less than 10 minutes to score his first goal of this year’s World Cup in Qatar.

Messi’s goal against Saudi Arabia means the Paris Saint-Germain forward now scored at four different World Cup tournaments, becoming only the fifth footballer ever to do so – after Pele, Uwe Seeler, Miroslav Klose and Ronaldo.

His eternal-rival Ronaldo can become the outright record-holder if he scores at Qatar 2022.

The former Barcelona captain has now scored against 34 different national teams, including the likes of Bolivia, Uruguay and Ecuador, Brazil, Chile, Paraguay, Estonia and Venezuela.

Messi will now hope to lead Argentina to victory in their next game against Mexico on Saturday.