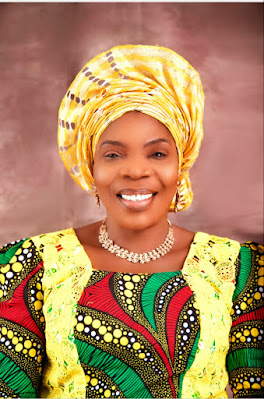 Ekiti State Deputy Governor, Monisade Afuye, has declared that ensuring security across all Ekiti towns and maintaining high respect for the traditional institution are cardinal priorities of the Biodun Oyebanji -led government.

The deputy governor applauded Ekiti monarchs for maintaining neutrality during the last governorship election, saying this had further buoyed the respect and confidence reposed in them by the current government.

Deputy Governor Afuye stated this in Ado Ekiti on Tuesday during an interface with the Ekiti State Council of Traditional Rulers.

A statement by her Special Assistant on Media, Victor Ogunje, quoted Afuye as saying that Governor Oyebanji was not oblivious to the myriad of insecurity crises being experienced in some towns and villages, assuring that government will partner with them to ensure that all these noticeable threats abate.

She added that Governor Oyebanji had released adequate funds to complete the Traditional Council Chambers under construction, while other issues bordering on their welfare would be tackled in record time to underscore the enormous respect the government accords royalty.

She said: “I wish to commend Your Royal Majesties for your support and exceptional contributions toward maintaining peace and stability in your various domains. I sincerely appreciate the neutrality shown by our revered royal fathers during the last election. I thank you for ensuring peace in the state before, during and after the election.

“Let me assure all our traditional rulers that the state government under Governor Biodun Oyebanji will accord high priority to the welfare of Your Royal Majesties. Therefore, I seek your cooperation and support in ensuring that the arduous task of attending to the needs of this state’s citizens is done with optimal utilization of available resources.

“The state government is aware that the current Traditional Council Chambers have been in use since Ekiti State’s creation in 1996. However, most of the facilities in the chambers are outdated, inadequate, and can no longer accommodate the traditional council.

“The recent upgrading of some royal fathers has increased the membership of the council from 69 to 86. This has made the provision of a new traditional council chamber very important. You deserve a new chamber to comfortably hold your meetings.”

Mrs Afuye said the time when vacant stools in Ekiti were being left unfilled due to protracted crises was over, stressing that available chieftaincy laws will henceforth be enforced to ensure speedy and expeditious ascendancy to vacant thrones.

In his response, the chairman of the council and Onisan of Isan Ekiti, Oba Gabriel Ayodele Adejuwon, applauded Oyebanji’s government for being committed to operating an open-door policy with the monarchs.

The monarch commended the immediate past government of Governor Kayode Fayemi for tackling the menace of insecurity in their domains, and for showing commitment to the improvement of their welfare, saying he expected the current government to do better in this regard.

Oba Adejuwon added that the council’s committee on security will pay a visit to the deputy governor to inundate her with the level of insecurity in the state and the debilitating effects it is having on the security of lives and property.

“We are also happy that the government is ready to take care of the welfare of our members. We used to perform arduous tasks in our domains. We have not received some of our allowances, they are still pending and despite this, we have taken it upon ourselves to appear at every meeting.

“We are hoping that the new council chambers will be completed before next year February. We want you to relay all these to our governor.”

Also responding, the Alawe of Ilawe, Oba Adebanji Alabi said the issue of mobility has become a major obstacle to the monarchs, urging the government to change the vehicles currently under their care having been used for over nine years.