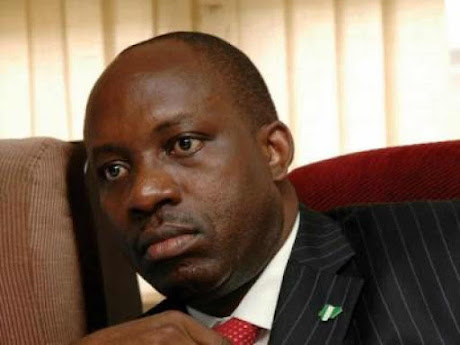 The tax policies of the Governor of Anambra State, Prof. Chukwuma Soludo has come under intense focus again.

Saga Gist reports that last Friday, there was pandemonium at Kings Planet International School as gun wielding security operatives invaded the school, on the pretext of enforcing tax payment.

Also, foodstuff traders in Awka have protested the high tax imposed on them, threatening to stop operations in Anambra if the practice was not stopped.

The management of Kingsplanet International School, Awka, on Tuesday protested the action of the security operatives, alleging that its staff and pupils were bullied, while others were traumatised.

It was gathered that the incident happened last Friday, as an enforcement team from the Anambra State Signage Agency (ANSAA) in the company of gun wielding security men invaded the school to enforce the payment of N100,000 for signages belonging to the school.

When visited the school, some members of staff of the school, which runs a creche, nursery and primary arm, confirmed the incident, saying that the school was in session last weekend, when the team arrived.

“All the children were crying and running helter-skelter, including the creche section, which consists of very tender kids, but they showed no mercy at all.

“In the process of the pandemonium in the school, there was power outage, but we tried to put on the generator, so we can use the CCTV in the school to monitor the movement of the children, but the security men refused,” said Modesta Odu, a teaching staff of the school.

The assistant manager of the school, Mr Emmanuel Emeka, lamented the level of trauma experienced by the pupils as a result of the incident.

“We begged them not to go ahead with their action as it will traumatise the kids, but they refused. You needed to be here to see how security men overran this place.

“Most parents who heard of it moved in to withdraw their children. Up till this moment, some of the children still feel bad when we have visitors in the school. We had to reach out to some parents to beg them to bring back their children.

“We are really disappointed if this is how the Soludo government intends to go about tax. The team were in our school earlier to demand payment of N100,000 for four signboards. We told them we didn’t have up to that number of signboards, so they left, saying they will verify and get back, and the next thing we saw was the security men.”

The school management called on the Anambra State Governor to rein in the excesses of some of his aides.

When reached out to the Managing Director of ANSAA, Mr Tony Ujubuonu, he insisted that the enforcement was as a result of a court order obtained against the school.

He alleged that the proprietor of the school has been maligning the agency on social media over the enforcement, but insisted that the Anambra State government will not relent in ensuring that the right thing was done.

The Chairman of Eke Awka Foodstuff Dealers Association, Mr Chukwuemeka Onyemechi, during a peaceful protest on Thursday said some hoodlums allegedly working with government’s agents came to the market and stopped them from off-loading their goods unless they paid N30,000 per truck as against N8,000.

“They also insisted that we pay N20,000 for a truck with six tyres as against N5,000 and the sum of N6,000 for a Datsun truck as against N500 per truck. After the off-loading of goods, smaller trucks were forced to pay N3,000 as against N300 before the goods would be allowed to leave the market,” he lamented.

The traders would not be the first to complain about the tax policies of the State government.

A lawyer, Mr Jude Eze who spoke on the perceived excessive tax said: “I do not think this is the best thing for the governor to do. Nigerians are not so exposed to taxes, so they need to be pampered and not this kind of chastisement we see everyday in the State.

“Soludo must realise that the economy is very hard, so he cannot be billing the people for waste, business premises, and several others, just because he needs money, which he told us he can get from relevant agencies, during his governorship campaigns.”