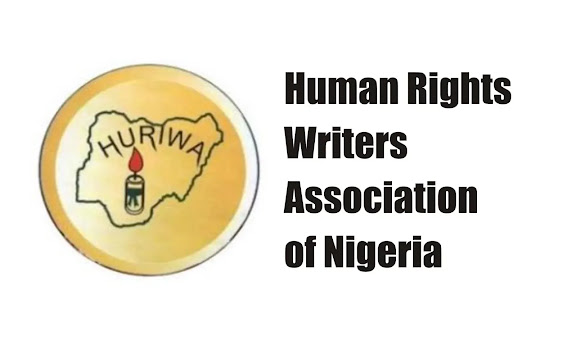 Human Rights Writers Association of Nigeria, HURIWA, has warned that the Governor of Anambra State, Chukwuma Soludo’s ‘taxation regime’ is making life unbearable and pushing more residents of the State into poverty.

According to HURIWA, Soludo’s ‘utopian’ mindset and policies cannot work for Anambra people

HURIWA, in a statement by its National Coordinator, Comrade Emmanuel Onwubiko, said rather than yield profits, Governor Soludo’s taxation policy is pushing more residents of the South-East State into poverty.

The group told Soludo to jettison extreme Central Bank-like policies which it said are not workable for the people of Anambra State.

HURIWA noted that since his inauguration on March 17, 2022, the former CBN governor had introduced various kinds of taxes on the poor in Anambra.
.
Commenting, HURIWA’s Onwubiko said, “The approach of Governor Soludo is most unfortunate because he has largely targeted the poor with his regime of unbearable taxation instead of the rich who have perfected the art and act of evading taxes in hundreds of millions of naira.

“The governor’s heavy taxation on the poor is akin to muzzling the ox when it is treading out the grain which is unrealistic and unnatural.

“Now some tricycle operators have reportedly become ‘part-time’ armed robbers robbing some unsuspecting members of the public, maybe in their warped attempt to remain in business by meeting up the unattainable heavy taxes they pay to Governor Soludo’s obnoxious tax collectors.

“With an estimated population of about 5,084,195 and a Gross Domestic Product of about N5.5tn, as well as a projected Internally Generated Revenue of N48bn in 2023, Anambra is not Lagos with a projected IGR of N1.1tn in 2023 as erroneously compared by Governor Soludo during his recent budget presentation.

“Governor Soludo’s desperation surfaced recently when he asked sons and daughters of the soil working in other States but with residences in Anambra to remit their taxes to the State government.

“Governor Soludo should stop comparing Anambra to Lagos to justify his desperation to tax the poor to death; he should rather focus on the extremely rich and average individuals who are not in the tax net.”

The rights group wondered why Soludo, who boasted to have global connections during the campaign, is now pushing mostly the poor Anambra people into commercial extinction with all kinds of taxes.

“This is because his anti-poor tax regime has impoverished more residents of the State,” the group added.

The human rights advocacy group, therefore, called on the Governor Soludo administration to effect a swift change of governance and adopt a more people-friendly approach that will lift up the poor.