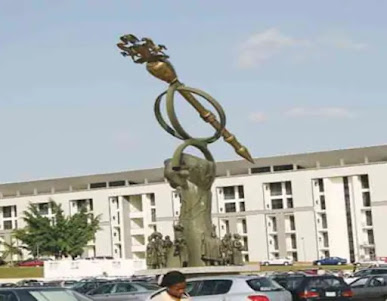 Taraba State House of Assembly workers, under the aegis of the Parliamentary Staff Association of Nigeria (PASAN) have commenced an indefinite strike over the non-payment of outfit allowances by the State government.

PASAN issued the strike notice on Monday via a statement jointly signed by its State chairman, Ibrahim Bala Yusuf and the Secretary, Abdullahi Abubakar.

They expressed sadness that despite the numerous attempts by the association to engage the government in a roundtable dialogue, the government, under the leadership of Governor Darius Dickson Ishaku, has continued to turn deaf ears to their plights.

The statement read in part “Sequel to the expiration of the seven-day ultimatum issued to the leadership of this Assembly on issues that borders on the outfit allowance of the staff of this Assembly, the leadership of this famous union has no option than to direct members of this union to stay away from work from Monday, the 7th day of November, 2022” .

It said that no staff would be allowed into the premises of the State House of Assembly, vowing not to suspend the strike pending when their demands were addressed.

Saga Gist reports that before embarking on the strike, the union had issued a twenty-one day ultimatum as well as a seven-day ultimatum.

With the strike declared, the State government’s plan of presenting the 2023 budget this week would no longer be visible.