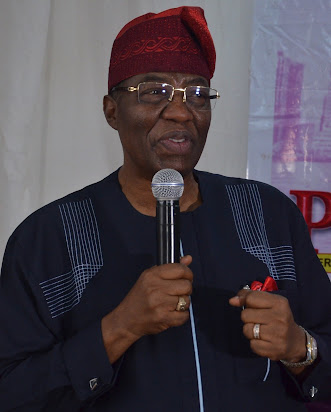 Former Governor Gbenga Daniel of Ogun State has expressed worries over the level of hunger in Nigeria, saying there is only one solution to the problem.

According to Daniel, Nigeria needs to return to agriculture to fight food shortage that has brought about extreme hunger and malnutrition among the citizenry.

Daniel, who is the senatorial candidate of the All Progressives Congress (APC) for Ogun East, stated this during his ward-to-ward campaign tour to Iperu.

Daniel spoke at the palace of the Alaperu of Iperu, Oba Adeleke Basibo, while paying homage to all the traditional rulers in Ikenne Local Government yesterday.

Baffled by the effects of global food shortage, Daniel emphasised the need for Nigerians to urgently return to farming as the only viable way to increase local food production and ensure a sustainable economy.

The senatorial candidate recalled that his desire to boost food production and revitalize agriculture with necessary infrastructure informed his idea of the agro-cargo airport in Iperu while he was governor 15 years ago; saying his government acquired the land, paid compensations and did the airport designs before the end of his tenure in 2011.

“There is global food shortage, there is hunger in the land. Nigeria needs to return to agriculture as the only alternative means of providing food, generating revenue and foreign exchange and to also increase local food sufficiency.

“Our belief in agriculture is the reason why we started giving out tractors. It is telling the people the next way to go, which is agriculture,” Daniel stated.

He commended Governor Dapo Abiodun for revisiting the airport project which, he noted, is already nearing completion.

Meanwhile, the senatorial candidate has warned politicians to stop taking the electorate for granted, saying the people are now well informed.