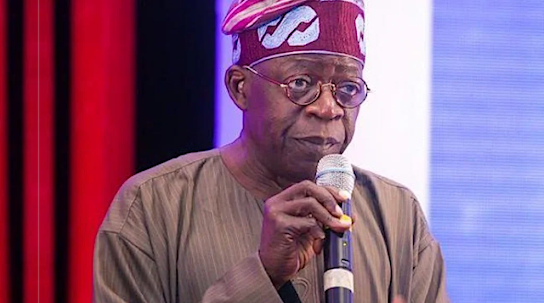 Tor, who is a member of the All Progressives Congress, APC, Presidential Campaign Council, PCC, said the party’s flagbearer, Tinubu is the only candidate that has demonstrated to be a true Nigerian.

She spoke to journalists after inaugurating the Enugu State chapter of a Tinubu/Shettima Campaign group.

The Commissioner said the 2023 presidential election would not be decided by emotions and sentiments but based on the antecedents of the various candidates.

According to her, “We are mobilising massively for our presidential candidate and indeed every APC candidate and our assurance to the people is that they will be rewarded after the elections.

“Ndigbo are involved in this movement because they are convinced and believe in the capacity of Asiwaju Bola Tinubu/Shettima. They will definitely take the country to the next level.

“Ndigbo should not take decisions based on sentiment; rather they should support a man who has done it before and that man is Bola Ahmed Tinubu.

“He has enough Igbo votes already; people are falling in line; we are convincing them that Tinubu has always carried everyone along.”

She noted that Nigerians should not be deceived by a party that cannot even unite its members.

“Ndigbo trusted the PDP in the past, but we all saw what happened. How did the party reward them for all their support in the past, nothing to show for it.

“This is the time to support a man who is detribalized. Look at Lagos State, we have an Igbo man as a member of the House of Assembly; do we have a Yoruba man in such a position down here in the East? The answer is No. We have someone from Enugu State as the Vice Chairman of Amuwo Odofin, we have Joe Igokwe as an SA, we have another Igbo woman as a Vice Chairman, we have councillors that are of Igbo extraction.

“So, it is about laying a solid foundation. You can see that both in Lagos and Borno State. They both laid solid foundations, unlike those who will hand over to non-performers. This is the time for Ndigbo to make a wise political choice,” Tor advised.

Also speaking, Chief Emmanuel Ogbonna, National Secretary of the group, said the ‘Obidient Movement’ was not a challenge to the Tinubu presidency bid, stressing that “we are ready to push it through; the Igbos are ready to take a political decision that would define their future.”