World Cup: Coach Santos speaks on being forced to start Ronaldo in every game 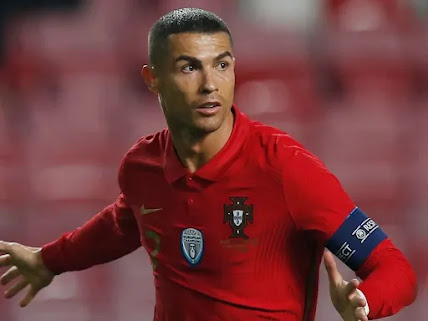 Portugal manager, Fernando Santos has spoken on the claim that he was being forced to start Cristiano Ronaldo in matches.

There have been claims that Ronaldo is undroppable in Portugal’s national team because of his influence over the manager.

Santos has guided the Portugal national team to European victory and the Europe Nations League and is looking forward to winning the World Cup in Qatar.

Cristiano Ronaldo has been part of every Santos’ success story and is also available for the 2022 World Cup which is expected to be his last.

Addressing the press ahead of their friendly match against Nigeria on Thursday, Santos was asked if he was being forced to field the former Real Madrid and Juventus superstar in his starting XI, Santos said: “Forced? This is not about forcing me.

“This is not a requirement. No one is forced to do anything here. The question could be, you could ask me, based on what Cristiano Ronaldo did [in recent weeks on the pitch] should he start?

“This is valid for Cristiano Ronaldo and all the players who are with the national team. If the head coach is forced to put a player in the XI… there aren’t those things here.”