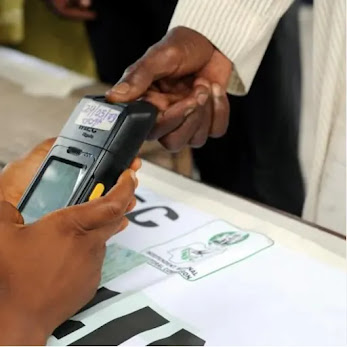 A human rights organisation, the International Society for Civil Liberties and Rule of Law, Intersociety, has expressed doubt on the ability of the Independent National Electoral Commission, INEC, to conduct a free, fair and credible election in 2023.

The organisation made the observation in Enugu during a press conference where it said 12 States have been placed on the watchlist ahead of the polls.

It accused the INEC of plots to disenfranchise many eligible voters while preparing foreigners and underage voters to participate in the forthcoming polls.

Intersociety also claimed that the commission was planning to rig the elections through “segregating and discriminating technicalities,” capable of depriving 77.7 million Nigerians from voting.

At the press briefing, the group presented a 27-page report, which it termed: “Nigeria’s INEC, Exposing Illegalities, Sundry Scientific Rigging plots ahead of the Feb. 2023 Presidential Poll.”

The Board Chair, Intersociety, Emeka Umeagbalasi, flanged by Chinwe Umeche, Head, Democracy and Good Governance Programme, Obianuju Igboeli, Head, Civil Liberties and Rule of Law, Chidinma Udegbunam, Head, Campaign and Publicity Department and Ndidiamaka Bernard, Head, Int’l Justice and Human Rights Programme, posited that they do not trust the INEC, pointing out that all the promises of free and fair election could be a hoax after all.

According to him, “we identified 20 million ineligible identities, estimated 2 million illegal immigrants and 8 million underage children,” he claimed.

Still doubting INEC’s preparedness to conduct credible polls, Intersociety alleged that out of 44 million PVC holders, 10 million have compromised their Voter Identification Numbers, VINs, and their conscience aided by INEC and politicians.

“It was part of Intersociety’s investigative findings that out of the estimated 44 million PVC holders as it stands, an estimated 10 million have compromised their PVCs and VINs.

“9.5 million newly registered voters captured during June 28th 2021 – July 2022 CVR who are yet to be issued with PVCs and 30 million citizens of voting age never registered by INEC as voters in Nigeria, especially during the 2021/2022 CVR exercise, totalling 77.7 million.

“Many, if not most of these tens of millions of Nigerian citizens of voting age, numbering 77.7 million are strongly believed, from Intersociety’s investigation, to have been massively disenfranchised by the Electoral Body on ethnic and religious grounds,” Intersociety further claimed.

Intersociety equally alleged that the INEC was hatching a plan to favour some Northern States in the forthcoming elections, noting that 12 States in the North were to be watched.

The group said, “detailed investigation and findings made by Intersociety have identified 12 Nigerian States as major poll rigging States to watch in the February 25, 2023, Presidential Poll.

In another development, the organisation called on the Federal Government to release Nnamdi Kanu, the IPOB leader, from DSS detention to douse security tensions in the South-East, noting that undesirable elements were hiding under the cloak of no election in Igboland to cause havoc in the geo-political zone.