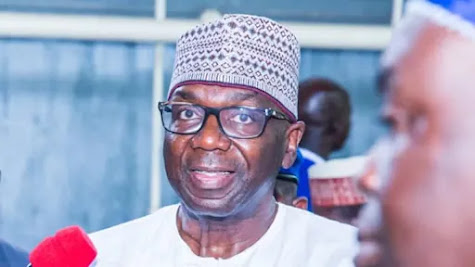 The All Progressives Congress (APC) Campaign Council in Kwara State and opposition parties are currently in a war of words over the outburst by the State APC campaign council that the party will win the 2023 general elections in the State by a wide margin.

A statement credited to Yahaya Seriki, Director-General of the campaign council for Governor Abdulrahaman Abdulrazaq’s second term ambition, which ignited serious reaction, had insinuated that all former aggrieved members of the party who are now gubernatorial candidates of their various parties, would soon team up with the governor for his re-election in 2023.

Both the State chairman of the party, Sunday Fagbemi and Seriki disclosed that efforts were ongoing to bring back former stalwarts of the APC who are now governorship candidates of SDP, YPP and NNPP, for the 2023 gubernatorial election in the State.

“APC shall win the gubernatorial election and other elections by wide margin. The minister of Information and Culture, Alhaji Lai Mohammed is one of our leaders and he is still part of us. He has never said that he’s no longer part of us. He will participate in the 2023 general elections with us.

“The closer you look, the less you know as it concerns APC in Kwara. Never mind, by the time elections come you will see that we are going to win by a wider margin than what happened in 2019. There’s no cause for alarm”, Fagbemi said.

Seriki said that exodus of governorship and senatorial candidates of the YPP, SDP, NNPP and ADC from the ruling party will not have a negative effect on the chances of the governor in 2023 general elections.

He added: “If you could recall, I was the Director-General of the APC campaign council in the Kwara Central senatorial district in the 2018/2019 general elections. Many of these people that decamped from APC did not participate in the election campaign then.

“You see, all these people in the YPP, SDP, and others were part of one big family and are related one way or the other. In 2019, I approached about 13 governorship aspirants then on the need to present one person among all of us as the party’s governorship candidate. The major reason they are not in APC today is because of their personal interest or expectations which according to them might not have been met.

“My own interest is to see a better Kwara State. If they believed in the growth of the State, they would not have left the party. Kwara is bigger than anybody. Leaving the party, to me, is out of personal interest and not that of the State.

“To answer your question, their departure from the party would not affect the chances of the governor in his bid for re-election. They also know they are going nowhere leaving the party. They were probably looking for ways to see us come and meet with them, which we have already started.

“By the special grace of God, the governorship candidates of the YPP, SDP, even PDP, we are together. Don’t be surprised to hear and see tomorrow the PDP governorship candidate, Alhaji Shuaib Yaman Abdullahi, saying that because of Ambassador Yahaya Seriki, he is supporting Governor AbdulRahman Abdulrazaq’s reelection bid come 2023”.

But reacting to the APC campaign council’s outburst, the State gubernatorial candidate of the New Nigeria Peoples Party, NNPP, Professor Oba Shuaib Abdulraheem, in a telephone chat on Friday, described the statement as “arrant nonsense.”

He said the APC is jittery and panicking because of the fear of the unknown, adding that “there is no plan whatsoever to merge with anybody or party, but we are ready to accommodate whoever is ready to come and join us in our party.”

Also, in its reaction, the Young Progressives Party, YPP, in the State debunked Seriki’s statement, describing it as a “wishful thinking.”

The State Publicity Secretary of the party, Oyewole Oladele, in a statement in Ilorin on Friday, dismissed the claim credited to Seriki about overtures to woo the YPP State gubernatorial candidate, Waziri Yahaya Gobir to support Governor Abdulrahaman Abdulrazaq’s second term ambition.

He said the statement “is false in its entirety”, explaining that contrary to Yahaya Seriki’s dream, “very soon, there will be a mass exodus of people from APC to YPP.

“At a point, Ambassador Abdulfatai Yahaya Seriki, himself was in talks to join the YPP and held several meetings with the national Chairman after his humiliation at the APC primary, but unfortunately, he did not dare stand by his principles.”

The YPP spokesman said “it is true that the gubernatorial candidate of the party, Yakubu Gobir, was a strong pillar of the ruling APC in the State and a frontline ‘Otoge’ crusader, but he made it clear that he did not want to be associated with failure, hence, he left the APC to start the YPP ballot revolution.”

The YPP reminded Seriki about the transient nature of power, saying “history will judge this administration well. We urge him to search for his soul and be on the right side of history, we must begin to re-write the wrongs of the last three and a half years by sacking mediocrity today.”

Also reacting, the campaign train of the gubernatorial candidate of the Peoples Democratic Party, PDP, in the State, Yaman Abdullahi, said Yahaya Seriki’s statement did not only expose APC’s fear of Yaman as the only threat to Governor Abdulrahaman Abdulrazaq’s second term ambition, but also uncovered the shallowness of the APC’s campaign council.

According to a statement in Ilorin by the spokesman of Yaman Abdullahi, Oba Abdulwahab, “Alhaji Yaman Abdullahi left the APC with others of impeccable integrity because of Governor Abdulrahaman Abdulrazaq’s deceit and profligacy.”

He said Abdullahi parted ways with the APC because Governor Abdulrazaq’s so-called legacy projects cannot account for 10 percent of the State’s resources.

“Yaman, left the APC because the governor is running an exclusive government,” the spokesman added.

While advising Seriki to stop acting the nice-boy, but advise his boss correctly, Oba Abdulwahab said “the statement credited to him only reenacts the Yaman phobia and nostalgia that permeate the rank and file of the APC as the possibility of an electoral failure dawns on the party.”