2023: Power will return to the people – Ex-Reps spokesman, Eseme 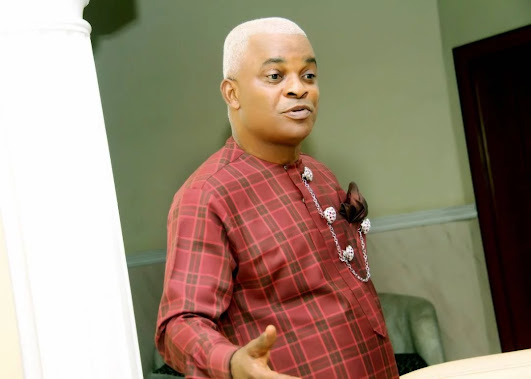 A former spokesman of the House of Representatives, Honourable Eseme Eyiboh, has said that the 2023 election will be an absolute return of power to the people.

Eyiboh, who made this known in a chat, was reacting to concerns raised by some politicians over the use of Bimodal Voter Accreditation System introduced by the Independent National Electoral Commission, INEC.

Some Nigerians had expressed optimism that with the introduction of the Biometric Voters Accreditation System (BVAS), rigging might become a thing of the past in the nation’s electoral system.

But APC claimed that Nigeria is not yet ready for such technology.

Adamu doubted if the introduction of BVAS for transmission of election in real time would produce a fair result for the nation during the 2023 general elections.

He explained that Nigeria does not cut the image of a nation that is ready and prepared to take the risk of deploying such technology for use in an election.

But, Eseme said that with the introduction of BVAS, all other equipment, and with the firm position of the Independent National Electoral Commission, INEC, on a credible poll, power will surely return to Nigerians.

The All Progressives Congress candidate for the House of Representatives for Eket/Onna/Esit Eket/Ibeno federal constituency, further stated that the era of someone winning because he is incumbent or has so much money was over because of the new technology introduced by INEC.

He said: “The introduction of the Biometric Voters Accreditation System, BVAS, other technologies and the entire strategies put together ahead of the poll will ensure that power returns to the people.