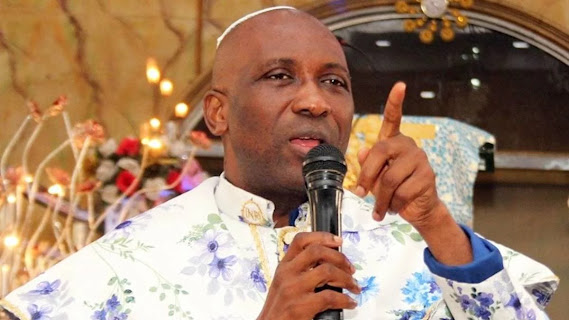 The Leader Of INRI Evangelical Spiritual Church, Primate Elijah Ayodele, has warned politicians to desist from twisting his prophecies for their gains.

Primate Ayodele issued the warning in reaction to a viral story extracted from a video that he prophesied the All Progressives Congress’ victory in the 2023 presidential election.

A statement by his spokesman, Oluwatosin Osho, said Ayodele had not revealed the presidential candidate that would win in 2023, adding that he only cautioned all major candidates in the election.

Ayodele said in the video he was warning the Peoples Democratic Party, PDP, and Labour Party candidates not to be relaxed because the APC candidate was desperate and prepared to do anything to become victorious.

The statement reads: “It has been brought to our attention that some politicians have been twisting the prophecies of Primate Ayodele for their personal gains.

“Rumours peddlers have shared that the man of God prophesied victory for the candidate of the APC, Asiwaju Bola Ahmed Tinubu in the coming 2023 presidential election.

“They claimed Primate Ayodele made the statement in a video interview which was seen on his church’s Facebook page.

“Against their claims, Primate Ayodele never outrightly said Tinubu will win the presidential election, All Primate Ayodele did in the video is to warn all the major candidates as usual.”