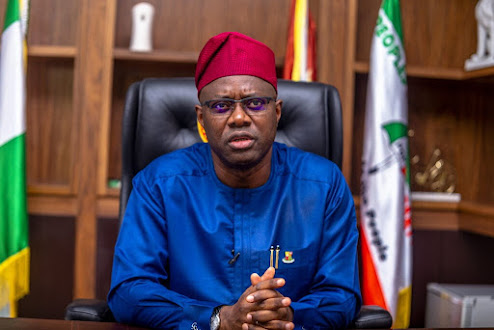 The gubernatorial candidate of the Accord Party in the 2023 general elections in Oyo State, Chief Adebayo Adelabu has disclosed that it will be very difficult for one single political party to defeat the incumbent governor, Engineer Seyi Makinde without a coalition.

Adelabu, a former Deputy Governor (Operations) of the Central Bank of Nigeria, CBN, made this declaration during an interactive session with some journalists in Ibadan, the state capital on Monday.

It was gathered that the coalition agreed to support Makinde during the election, the decision which gave him the edge to defeat other candidates among whom was Adelabu, who contested on the platform of All Progressives Congress, APC, in 2019.

Adelabu has however declared that it will be very difficult for one party to defeat Makinde in 2023 unless a coalition is formed with other political parties.

Adelabu, who said that he sees the possibility of political parties forming a coalition to defeat Makinde in 2023, insisted that without a coalition in 2019, Makinde would not have won the election.

The Accord candidate while answering questions from journalists on the possibility of a coalition, recalled how Makinde emerged winner in the last election through coalition.

He however said that he (Makinde) did not win because the people liked him but because it was a survival game as the people did not have a choice.

He asserted that if the coalition is formed, he has high hope that his party, Accord will be the lead coalition partner.

Adelabu said: “I see the possibility of a coalition because it may not be so easy for one single political party to win. The PDP is not the way it was in 2019. We now have NNPP that broke away from PDP and SDP too. In APC, Accord has left. So, I see coalition parties coming together to unseat Makinde.

“We have high hope that Accord will be supported to be the lead coalition partner. The PDP is already a carcass, many people have left, Alhaji Adebisi Olopoeniyan had left, and Mulikat Adeola had left. We still have Atiku camp in PDP, we also have Wike camp.”

He expressed optimism that “Accord is now more popular than APC and PDP in Oyo State.”