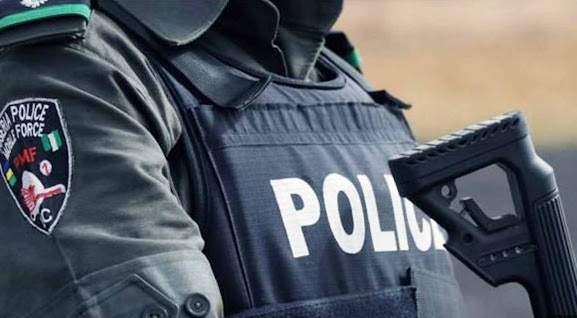 Twenty-five years old kidnap suspect, Oghenetega Ovwa have been reported dead. He died on the way to the hospital after a gun duel between his gang and the police.

The deceased suspect sustained grievous injuries as a result of the superior firepower of the Police.

The Police also recovered a pump action gun with six (6) rounds of cartridges from the suspect.

This is coming as the Police rescue a kidnap victim unhurt.

The Police image maker said,” On 28/12/2022 at about 2215hrs, acting on a tip-off that a victim (name withheld) was kidnapped at Ugborikoko, and the kidnappers were heading toward Agbarho with the victim’s car.

“The DPO Agbarho Division deployed operatives to the Warri-Ughelli express-way to carry out intensive stop and search to rescue the victim and arrest of the suspects.”

According to DSP Edafe, “While the Police were carrying out this task painstakingly, they intercepted a Mercedez GLK SUV (registration number withheld) that matches the description of the victim’s vehicle.

“The suspect Oghenetega Ovwa ‘m’ aged 25yrs of Ugborikoko, who was driving the vehicle, was arrested and upon searching the vehicle, one pump action gun with six (6) rounds of cartridges were recovered.

“During the course of the investigation, the suspect confessed to being a member of the kidnapping gang that earlier kidnapped the owner of the GLK.

“He led the team to their hideout at Ugborikoko in Warri South LGA, on arrival at the hideout, his gang members engaged the Police in a gun duel, the suspect was hit during the heavy gun duel, while other members of the gang escaped.

“The victim was rescued unhurt and reunited with his family.

“The suspect, who sustained serious gunshot injuries during the gun duel, was taken to the hospital where he was confirmed dead.”

DSP Edafe also said, “Manhunt for the fleeing members of the gang is ongoing.”