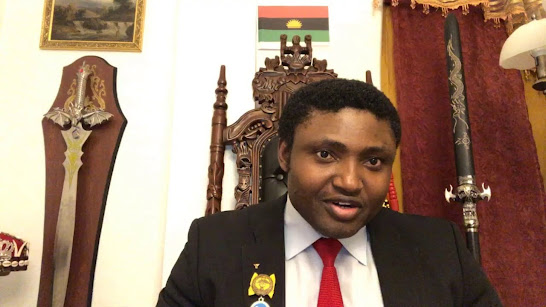 Residents of Anambra State on Friday discarded the warning by a faction of the Indigenous People of Biafra (IPOB) loyal to Simon Ekpa.

This is as normal economic activities held in towns in all parts of Anambra State, despite the five-day sit-at-home order by factional leader Simon Ekpa.

A journalist who moved around Awka and gathered information from other parts of the state learnt that the markets, banks, schools and other public places were all open for business.

There has been a bitter rivalry between Nnamdi Kanu’s faction of IPOB, and that of Finland-based Simon Ekpa, over who controls the group. The incarceration of Kanu seems to have given Ekpa the opportunity to take over.

The Kanu faction of the group, however, through its spokesperson, Emma Powerful had issued a counter-press release, urging everyone to go about their normal duties.

Also, Nnaemeka Ejiofor, one of Kanu’s lawyers had in a recent voice note purported to be sent to Powerful, announced that he was among the lawyers who recently visited Kanu.

He said: “Onyendu (our leader) said I should tell Emma Powerful to rebroadcast this message, that those ordering sit-at-home in December when our people should be preparing to come home for Christmas are the real enemies of our people.

“They are doing this thing so that I will not be released. They may be Igbo, speaking same language with us, but they cannot be said to be our people any longer.”

Ekpa had declared a five-day sit-at-home, without any reason for the action. The days he said the exercise would be observed included 9, 10, 11, 12 and 14 December.