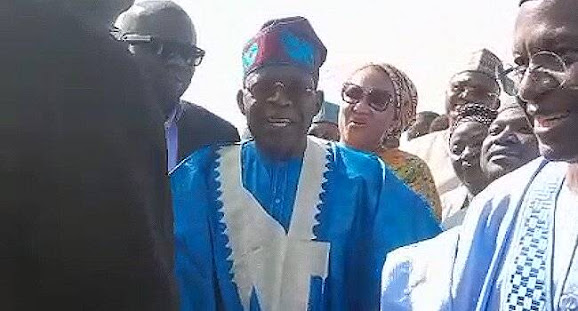 Asiwaju Bola Tinubu has arrived in Kaduna State ahead of Tuesday’s North West flag-off of the presidential and governorship rally of the All Progressive Congress Party (APC) in the state.

There were received by Governor Nasir el-Rufai and the state’s APC governorship candidate, Senator Uba Sani and other top government functionaries

Asiwaju Bola Tinubu then proceeded to Birnin Gwari Local Government Area to commiserate with the victims of bandits’ attacks.

Saga Gist recalls that Birnin Gwari Local Government Area is one of the areas worst-hit by bandits attacks in the state.