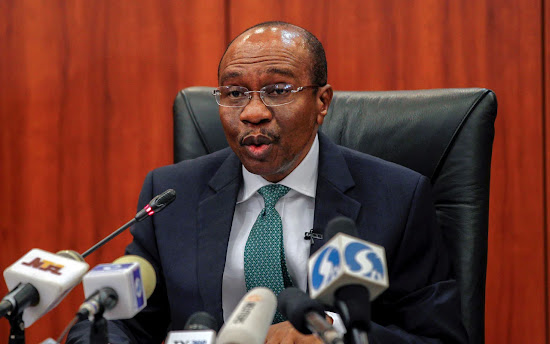 The High Court of the Federal Capital Territory on Thursday quashed moves by the Department of State Services to invite, interrogate and charge the Central Bank of Nigeria (CBN) governor, Godwin Emefiele.

The presiding Judge, Justice M.A. Hassan, considering the Originating Motion brought before him by the Incorporated Trustees of Forum for Accountability and Good Leadership to enforce the Fundamental rights of Mr. Emefiele, barred the secret police on ground that such move would impinge on Emefiele’s fundamental rights.

In court papers, the ‘Originating Motion”, was issued against the “Attorney General of the Federation, the Economic and Financial Crimes Commission, the Inspector General of Police, State Security Service and the Central Bank of Nigeria.

The presiding Judge also restrained the State Security Service from further harassing, humiliating, embarrassing, threatening to incarcerate or detain Mr. Emefiele over the trumped up allegations of terrorism financing and fraudulent practices.

“It would constitute, abuse of right of office, surreptitious moves to arrest and humiliation of Mr. Godwin Emefiele over the trumped up allegations of terrorism financing and fraudulent practice’

“In light of the Constitution of the Federal Republic of Nigeria and the African Charter on Human and Peoples Rights, (Ratification and Enforcement) Act, the DSS acted wrongfully and illegally in instigating the President of the Federal Republic of Nigeria against Mr Emefiele in respect of the exercise of his statutory duty relating to the issuance of monetary policies and directives in the interest of national security and the economy,” the court averred.