Collect their money, vote for me – Obi urges supporters ahead of next year’s election 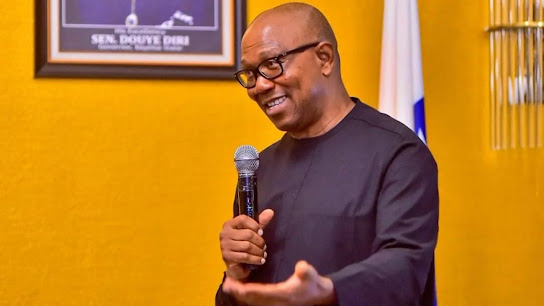 The presidential candidate of the Labour Party Peter Obi has urged his supporters to collect the money offered to them by opposition political parties and still vote for him.

According to Obi, the money belongs to Nigeria but was “stolen” by those in government.

He said: “Let me tell you, that money they are giving you is your money, collect it, eat it and vote for me.

The money that I will give to you is that you will be employed, you will have healthcare, you will get education, I will make society work and you will become rich. I want to build a society where everybody is secure where a child of nobody will be able to become president of this country.”

Obi also expressed his intention to unite Nigeria and move it from consumption to production.

He urged Nigerians to hold him accountable while promising to revive the country, the same way he had “revived dead companies” in the past.