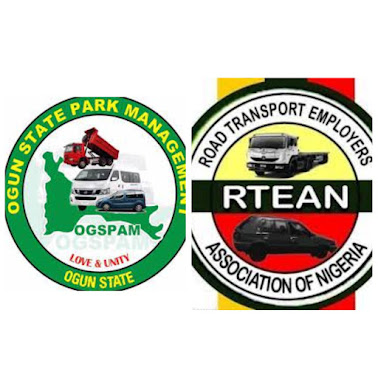 The clash between the transport unions in Ogun State has continued to escalate following a recent accusation against the Chairman of the Ogun State Park Management (OGSPAM), Akeem Bodunrin.

The RTEAN Secretary in Ogun State, Tiwalade Akingbade, had at a press conference, Friday, alleged that the union members fired shots on the annual Itori Day, injuring many in the presence of Governor Dapo Abiodun.

Akingbade claimed that “Three days ago, Mr. Akeem Bodunrin led members of his OGSPAM to attack our State Chairman, Comrade Akibu Titilayo, (a.k.a Efele) while he was in the company of the state governor at the palace of Olu of Itori, Oba AbdulFatai Akorede Akamo.

“Many of our members who accompanied our State Chairman, Efele received various degrees of injuries from the gun and machete attacks. Shots were fired directly at Comrade Akibu Titilayo who escaped by whimsical.”

Akingbade recalled that the Abiodun administration had three years ago, banned the National Union of Road Transport Workers (NURTW) in Ogun, over a leadership crisis between Iyeru and Mustapha Ismaila (Yaro), who is now the head of the new Ogun State Operations Management Service (OSOMS).

While Iyeru was made the Chairman of OGSPAM back then, Yaro was ignored until recently when the new union was approved to engage in ticketing in Ogun East only.

According to Akingbade, Iyeru had wrongly accused Efele of being the brain behind the State government’s decision to create the new Ogun State Operations Management Service and sharing OGSPAM’s week with the new union.

The RTEAN Secretary said the Ogun State Government had directed that the lyeru-led OGSPAM would operate in Ogun Central and Ogun West while OSOMS would operate only in East Senatorial District during the same week.

This, he said, was not okay with Iyeru, whom he accused of “issuing threats to take over all parks and garages in the state from us, members of RTEAN during a one-week work that would be due from January 2, 2023.

He said, “We are informing all the security agencies, the police, DSS, NSCDC, Amotekun, So-Safe and others, the state government and the general public that we, at the Road Transport Employers’ Association of Nigeria, RTEAN, would not sit idly, fold our arms and receive violent attacks from lyeru and hooligans,” he declared.

While calling on Iyeru to support what he called the decision of the State government, Akingbade advised him “not to allow himself to be used by the opposition party to create needles state of panic and violence in Ogun State,” especially as the elections are here.

“Iyeru went to Ita-Oshin and Kuto parks, threatening our people that he would overthrow the parks from January 2, that none of RTEAN members should come again. If someone can be bold enough to shoot where the sitting governor is present, he can do anything in the absence of the governor. We are not cowards, we just want people to call him to order. About five of our members are still in the hospital but our Chairman is doing fine,” he stated.

Reacting, Iyeru debunked all the allegations, saying the RTEAN members were only trying to be smart by being the first to address the press.

Speaking through his Vice Chairman, Jimoh Olatunbosun Ajagbe, Iyeru said the clash at Itori had nothing to do with him, saying he was never in possession of any gun, let alone shooting anybody.

According to him, the OGSPAM under his watch is in control of all parks and garages in Ogun already, wondering why he would be threatening to take over what already belongs to him.

“How will you be stealing your own food?” he queried.

He denied knowledge of the creation of any other union led by Yaro, saying, “I am not aware of any new union created by the government in Ogun. I don’t know what the RTEAN wants to gain by raising those strong allegations against us. It is not fair.”