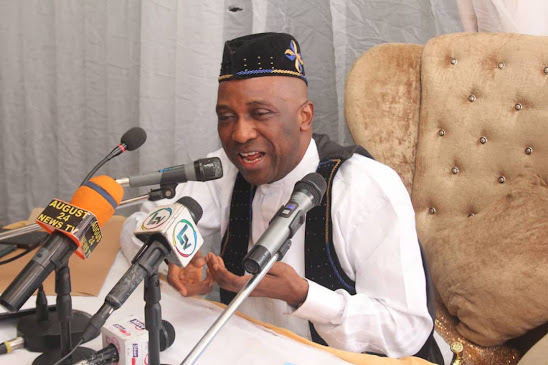 The Leader of the INRI Evangelical Spiritual Church, Primate Elijah Ayodele, has sent warnings to the President of Southern Sudan, Salva Kiir ahead of the 2024 presidential election coming up in the country.

In a statement signed by his Media Aide, Osho Oluwatosin, Primate Ayodele noted that Kiir is a good candidate to take the country forward but there will be serious gang-ups against his ambition.

The man of God who had prophesied the adoption of Kiir as his party’s candidate in the election revealed that there would be many troubles, crises and betrayals against his presidential ambition.

Primate Ayodele noted that some of the president’s allies will depart from him and the people he trusts will betray him.

However, he made it known that Salva Kiir is the best candidate for the job but there will be instability in his government that will give him a bad reputation among international communities.

‘’President Salva Kiir of South Sudan will contest in the 2024 presidential election but will be victimized. They will cause problems for him and there will be a coalition against him. Before they adopt the president, I have said it that the party will adopt him but the point is they will give him troubles, crisis and he will be betrayed.’

‘’I see the president moving the country ahead but will be rejected. He will not believe what he will experience, they will gang-up against him and those with him would want to depart from him, he should watch out.

‘’Honestly, he is the best candidate but he will be stabbed by those he trusts. In the process, there will be instability in the country and it will lead to an extent where his government will not be in favour of international communities.’’