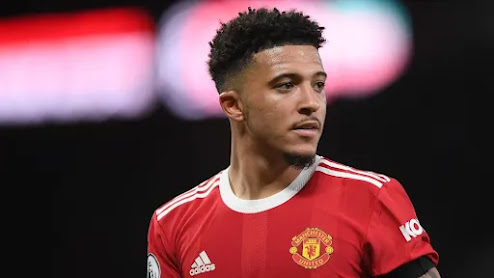 Manchester United winger, Jadon Sancho could be set for a shock move to their Premier League rivals, Chelsea.

According to Calciomercatoweb, the Blues are plotting a move for the out-of-favour star.

Sancho has failed to make an impression at Old Trafford since he returned to England.

And after the Red Devils signed Antony from Ajax, the former Borussia Dortmund player has fallen down the pecking order.

But despite all the questions shrouding his form, Sancho remains a world-class prospect.

And with the Blues looking to offload Christian Pulisic, Sancho could easily find a spot in Graham Potter’s eleven.

It remains to be seen if Erik ten Hag will sanction his exit.