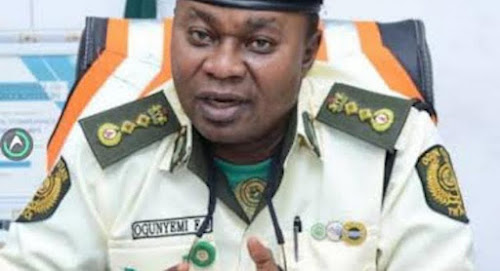 Drivers in Ogun State have been warned to resist the temptation of loading their vehicle booths with containers filled with petrol due to the ongoing fuel scarcity.

Commander of the Ogun State Traffic Compliance and Enforcement Agency, TRACE, Cdr. ‘Seni Ogunyemi, stated this while addressing newsmen in Abeokuta, saying it has dire consequences.

Ogunyemi said though the scarcity of fuel in the nation has resulted in queues at filling stations across Ogun, it is risky for motorists, especially commercial bus and taxi drivers, to drive around with petrol in jerry cans inside their booths and on passengers’ seats.

According to Ogunyemi, as the Ember Months peak and the dry season sets in, keeping fuel in jerry cans and bottles while in transit may speed up havoc of immense proportion.

While empathising with the motoring public on the prolonged queues at filling stations, the TRACE boss described the situation as unfortunate.

However, he urged motorists to maintain order at filling stations to reduce the traffic gridlock being experienced in several parts of the state, particularly in the Abeokuta metropolis.

He disclosed that TRACE operatives had been directed to assist motorists whose vehicles break down on the road due to insufficient fuel.