Handing over on May 29 remains sacrosanct – Buhari to Moroccan envoy 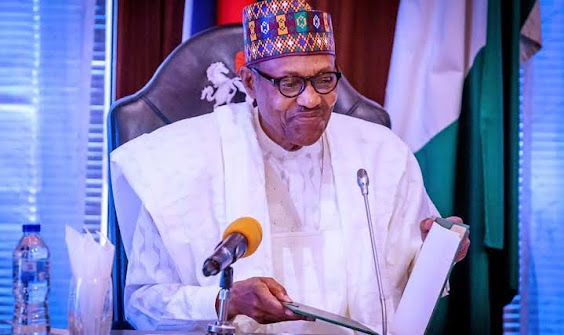 For the umpteenth time, President Muhammadu Buhari has restated that his handing over of the reins of power on May 29, 2023, remains sacrosanct.

He repeated it while playing host to Mr. Shakib Ben Musa, the Minister of National Education, Pre-School and Sports, of the Kingdom of Morocco who visited the State House as a special envoy of King Mohammed VI on Monday.

Buhari said that the constitution has provided that “my term in office will end on that day.”

Amidst concerns about a hitch-free electoral process, President Buhari said his term of office will end with the inauguration of a new president in May next year.

He, however, said that he will go through the document sent by the Moroccan monarch and respond accordingly, giving assurances that he will continue to cherish and strengthen the very warm and cordial relations between both countries.

The ceremony came to a close after Mr. Moha Ou Ali Tagma, the resident representative of the kingdom in Nigeria, who accompanied the special envoy reiterated to the President the friendship and solidarity of the King, the government, and the people of Morocco with Nigeria.

At various engagements of the President, he had repeatedly said that he looked forward to the day he would hand over to be able to have a well-deserved rest.