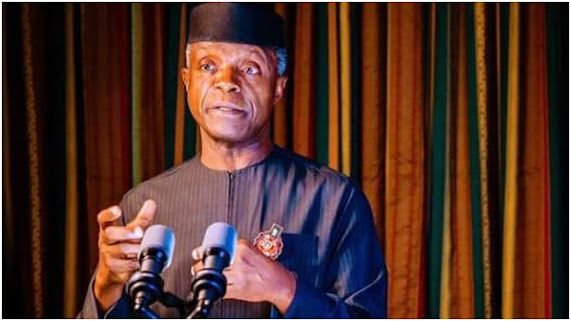 Vice President Yemi Osinbajo has paid a condolence visit to the family of late Dr Shehu Malami, a Sokoto prince, who passed on Monday.

Osinbajo described Malami as a “good example and an inspiration to many others,” adding he would be greatly missed.

The VP, who spoke at the residence of the deceased in Abuja on Tuesday, said, “he was always a source of inspiration and a good example to many of us.

“Of course, we all know that he was a good example in diplomacy (he was ambassador to South Africa); in business, he founded so many businesses (he was one of the founders of Ecobank, and in Standard Chartered Bank, he was a director). And even in the World Economic Forum, he was on the International Advisory Council.”

“His impact was tremendous, and I think that he will be greatly missed not just by his community and Sokoto State but by the entire country because his voice was a voice of authority, representing hard work and diligence, and unity for the entire country.”

“I just want to say that God is the one who gives life and is the only one who can determine when we will go. I pray that the Lord almighty will comfort all members of his family and preserve his memory and his legacy.”