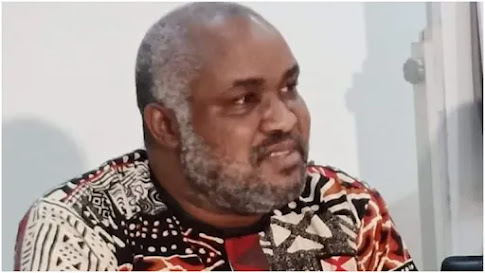 Human Rights Writers Association of Nigeria, HURIWA, has berated the Imo State Police Command over its handling of the murder of late ex-presidential adviser Amed Gulak.

The rights group tasked the Police on professionalism, compliance with global best practices and adherence to the rules of engagement.

HURIWA wants the state command to tell the people how come two sets of suspected killers of the politician surfaced.

Comrade Emmanuel Onwubiko, the National Coordinator of HURIWA, in a statement in Abuja, pointed to a police statement earlier this year wherein the Command said the Anti-kidnapping Unit had arrested one of the suspected killers of Gulak.

It was widely reported that Gulak was murdered on May 30, 2021, on his way to the Sam Mbakwe International Airport, Owerri, by gunmen.

In June 2022, the Command said that one Anosike Chimaobi of Umuedo Obohia, in the Ahiazu Mbaise council Area of the state, was involved in the killing.

The Public Relations Officer of the Command, Michael Abattam, paraded the suspect before newsmen in Owerri, saying Chimaobi was equally involved in the attack and murder of many police officers.

HURIWA is now wondering how the police command, six months after it announced the decimation of the killers of Gulak, returned on Tuesday to say that it has arrested one Lance Corporal Nwangwu Chiwendu, a deserter from the Nigerian Army, for allegedly killing Gulak.

The rights group challenged the police and other security forces to build up their intelligence and operate professionally to eradicate the terrorists unleashing devastating violence in the entire South-East zone.

The group said there is a clear contradiction in the claims made by the police regarding the murder of Gulak, wondering why those arrested are yet to be prosecuted.

“We are sick and tired of all these periodic Nollywood or Hollywood movies staged by police and the Nigeria Army whilst parading certain suspects they reportedly arrested and these media showmanship are just organised, choreographed and unleashed on the public space for the entertainment values of the audiences,” the group said.

“The essence of law enforcement is not to organically stage media parades of suspects for mere consumption by media consumers but the job of law enforcement authorities is to get justice for whatever crime is committed against the Nigerian state and the citizens of the Federal Republic of Nigeria.”