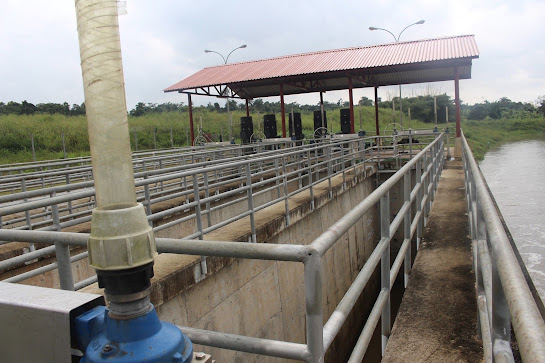 Tawa Williams, the Project Consultant of the Ilesa Water Project, on Thursday, alleged that the Osun State House of Assembly demanded $5 million dollars as bribe.

William, who was suspended on Wednesday by the Osun State Governor, Ademola Adeleke also disclosed that the House Committee Chairman on Water Resources, Nasiru Olateju demanded the bribe on behalf of the Osun Assembly.

Williams was suspended alongside the Project Supervisor on the $106 million dollars Ilesa Water Project by the State governor based on the recommendation of the Bashiru Tokunbo Salam-led Asset Recovery Committee on Wednesday.

The Committee, which revealed that Williams as a consultant was also alleged to be in possession of a N70 million bullet proof car also demanded the immediate retrieval of the said vehicle.

The Asset Review Committee had been inaugurated by the Ademola Adeleke administration right after inauguration on November 27, 2022.

Making this revelation while fielding questions on a private television station in Osun, Williams stated that she and her team were invited by the lawmakers after a scheduled site inspection where the bribe was demanded.

“I told them that one year ago, you were on the site. You were commending us. Now, you will go back to the press and say we have not done well, what would be your reason?

“Yes. They demanded the bribe. I am saying it with all sense of responsibility. It did not come to the House as a whole. The Chairman of the House Committee on Water Supply and members of his committee called us to the meeting. They were saying that we didn’t give them money, and I was saying we do not have money to give to them. The money I have is to do the job.”

Meanwhile, the Osun State House of Assembly has denied the allegations of bribery levelled against it by Williams.

In a statement signed by Kunle Alabi, the Chief Press Secretary to the House of Assembly Speaker, Timothy Owoeye, the House also described the allegation as an attempted blackmail.

“It is quite unfortunate that the consultant of the Ilesa water project Engineer Tawa Williams has resulted in cheap blackmail in trying to cover up for her incompetence, just like a drowning person who will want to cling to any available straw. (sic)

“Recall that sometimes in November during plenary, the Assembly had raised concerns over the poor implementation of the project and the non-execution of a $2m treatment plant, doesn’t it defy logic and common sense that one will request for a $5m bribe on a $2m project?

“The House of Assembly under the leadership of Rt. Hon Timothy Owoeye has given Engineer Tawa Williams 24hours to retract her bribery allegation against the committee of the Assembly, her failure to do that within the said hours, the Assembly shall be forced to seek redress in court as no amount of blackmail will stop the Assembly from playing its constitutional role.

“Osun House of Assembly will never ask any Agency of government or individual for any gratification before it could adequately discharge its constitutional duties.

“The said Engineer Tawa Williams had shown that she’s not worthy to have been handed such huge responsibility with her recent outburst of resorting to blackmail to keep afloat with her designation as the consultant of the water project.”

The Speaker also charged members of the Committee on Water Resources not to be discouraged in the discharge of their duties.