Jigawa lawmakers divided over the impeachment of LG Chairman 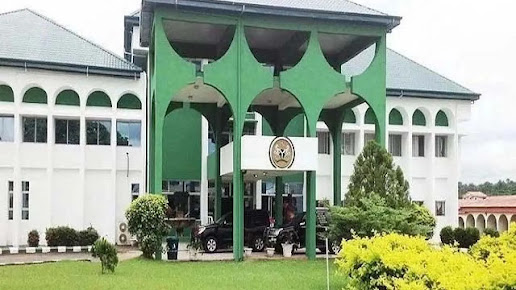 Jigawa State House of Assembly has reacted over the alleged impeachment of the Ringim Local Government Chairman by members of the legislative council.

The Chairman of the committee on Information, Malam Muhammad Na’eem Adamu, stated this while reacting over the alleged impeachment.

He said the council’s legislatures have overstepped their boundaries because they don’t have such power as stated in the 2012 local government law as amended.

He explained that the Jigawa State Local Government Law 2021 as amended extended the tenure of local government councils to three years and also empowered the state governor and the state House of Assembly to remove a Chairman, Vice Chairman, or councilor from office for any misconduct.

Malam Muhammad Na’eem said local government legislative councils have the right to present allegations on the Chairman or Vice Chairman while the House of Assembly will constitute a committee to investigate the matter for further action.

According to his the law clearly stated that- “Where a Chairman, Vice Chairman, Supervisory Councillor or Councillor is involved in any Criminal act or an act of misconduct, he shall be suspended and where he is found guilty of the offense or of the misconduct he may be removed by the Governor subject to the approval of a simple majority of the House of Assembly.

He advised local government legislative councils across the state to always adopt the appropriate procedures provided by the law in the conduct of their legislative duties.

The impeachment letter was signed by eight out of ten councilors of the local government council who had accused the impeached local council boss of alleged misconduct.