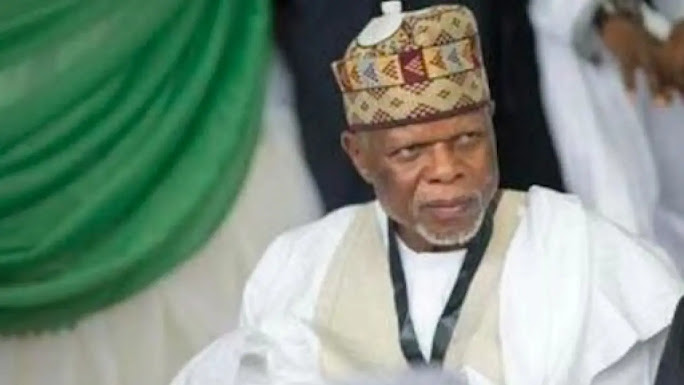 A Federal High Court in Abuja has been told that the Comptroller General of the Nigeria Customs Service, (NCS), Col Hameed Ali is frustrating the $3.1bn Customs Modernisation Project by seeking to reverse the Federal Executive Council (FEC) approval granted for the project.

The allegations of frustration of the new Cargo Tracking Policy billed to generate huge revenue for the Federal Government were brought against the incumbent Customs Comptroller General before Justice Inyang Edem Ekwo.

Among others, Ali was said to have unilaterally brought into the modernization project, two new companies that were not among those approved by President Muhammadu Buhari-led Federal Executive Council at its September 2020 meeting.

In a counter affidavit to a motion seeking to terminate a lawsuit on the disputed $3.1bn Cargo tracking policy, the investors led by one Umaru Tanko Kuta named Trade Modernization Project Limited and Bergman Security Consultant and Supplies Limited as two firms allegedly unlawfully brought into the project.

The counter affidavit deposed by Tanko Kuta, Managing Director of Bionica Technologies West Africa Limited, claimed that Ali allegedly engaged the two companies in the Customs Modernization Project to corner the Cargo Tracking Policy to his family and business associates.

Among others, the investors claimed that while the Federal Executive Council gave approval to E-Customs HC Project Limited as the Concessionaire for the Cargo Tracking Policy as far back as September 2, 2020, the Trade Modernization Project Limited unlawfully brought by Ali was registered on April 7, 2022, with one Mrs Jummai Zainab Umar-Ajijola as the promoter

They further claimed that the Chairman of the second Company, Bergmans Security Consultant and Supplies Limited, Umar Saleh also allegedly unlawfully brought into the Cargo Tracking project a close ally of the Customs Comptroller General and a principal shareholder in the company.

Ali is also said to be the brother of Jummai Zainab Umar-Ajijola alleged to be a promoter of the Trade Modernization Project Limited.

The affidavit further contained that following the decision of the Federal Government on May 30, 2022, to award the Concessionaire for the Cargo Tracking to Trade Modernization Project Limited as against the earlier E-Customs HC Project Limited, a lawsuit was instituted to challenge the unlawful move.

Messrs E-Customs HC Project Limited and Bionica Technologies West Africa Limited being the two that conceived the Customs Modernization Project and also secured FEC approval in September 2020 were said to have jointly instituted the court action against the Federal Government and others.

The investors insisted that Trade Modernization Project Limited and Bergmans Security Consultant and Supplies Limited were unilaterally co-opted into the e-customs project as co-sponsors despite not making any input or commitment whatsoever towards the FEC approval obtained by Bionica Technologies West Africa for the e-customs project.

They, therefore, faulted the application by Ali’s alleged agents to unlawfully wind up the E-Customs HC Project and pull it out of the court action against the Federal Government.

The investors asserted that the move by the Customs Comptroller General through Mrs Jummai Zainab Umar-Ajijola was a ploy to stifle justice in the matter.

They further claimed that the purported winding up of the E-customs HC Project Limited is a ploy to strip the Bionica Technologies West Africa Limited of its interest in the partner Company.

The counter affidavit urged Justice Ekwo to refuse the request to remove E-Customs HC Project Limited as a joint plaintiff in the suit adding that the request is misplaced and brought in utmost bad faith.

E-CustomsHC Project Limited, listed as the first plaintiff in the suit had made a dramatic U-turn and announced its decision to pull out of the court action against the government.

In a withdrawal motion, brought by its counsel, Ugochukwu Nnoli, the company alleged that its consent and authorisation were neither sought nor obtained by the second plaintiff, Bionica Technologies (West Africa) Limited before dragging the Federal Government to court.

E-Customs HC Project Limited claimed that it had a joint venture company and a Special Purpose Vehicle (SPV) promoted by Bionica Technologies (West Africa) Limited, the 2nd plaintiff in 2019 with equal shareholders standing.

E-Customs HC Project Limited, however, said the purpose of forming a joint venture to bid for a contract for service to the Nigeria Customs Service (NCS) had since failed and consequently it had applied to the Corporate Affairs Commission CAC for a voluntary winding up.

The company asserted that using its name as the first plaintiff to obtain or seek further injunctive reliefs against the Federal Government was tantamount to obtaining by false or fraudulent misrepresentation.

Specifically, E-Customs said it had no grouse any longer against the Federal Government.

The company further said that the crux of its application was not just about which of the two lawyers to represent it but on the much more fundamental question of false and wrongful commencement of the suit in its name as an unwilling litigant.

It further said the name E-Customs was generic and that it had not registered the same as a trade mark or trade name and does not object to the use of the name by any person.

The Company further stated that it was anxious to escape any criminal liabilities that may result from the disclosure of privileged communication protected by the Official Secrets Act.

Meanwhile, Justice Ekwo has fixed the matter for February 20, 2023.