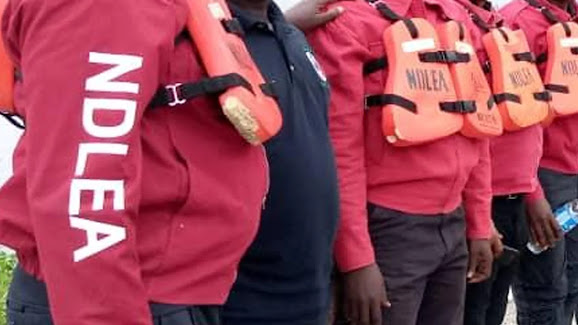 The Kano State Command of the National Drug Law Enforcement Agency, NDLEA, on Thursday, said it has seized 6,607.492kg of Cannabis Sativa, 451 grams of cocaine, 125 grams of heroin, 277 grams of methamphetamine and 1,778.388kg of other psychotropic substances in 2022.

Presenting his score cards in 2022 at a press briefing in Kano on Thursday, the state commander, CN Abubakar Idris Ahmad noted that the command has made a total seizure of 8,386.733kg worth of drugs and arrested 1,078 suspects within the year.

He said under his watch, five cannabis farms were discovered and destroyed in Fari Village of Dawakin Kudu, Yar Bundu Village of Bichi, Mantau forest of Danbatta, Nassarawa of Gwarzo and Dakata Area of Nassarawa local government areas.

According to him, 172 suspects were charged to court for prosecution among which 113 convictions were secured with 126 pending cases, adding that during the period under review, over 82 hotspots were dislodged within and outside Kano metropolis.

The commander further disclosed that the Chairman and Chief Executive Officer of NDLEA, Brig. Gen. Mohamed Buba Marwa (retd) had given approval for the creation of additional area commands at Rano and Tudun Wada and an office at Gaya Local Government Area.

He said the approval would enable the NDLEA officers spread across the state, with a view to taming the drug abuse and trafficking menace in the state.