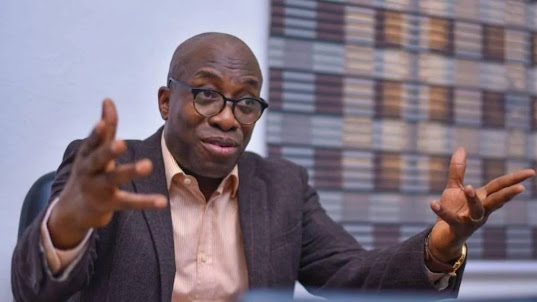 A governorship aspirant of the Peoples Democratic Party (PDP) in Ogun State, Segun Showunmi, has made revelations about former governors Ibikunle Amosun and Gbenga Daniel.

Showunmi described the two former governors as the territorial commanders of Ogun politics.

Saga Gist reports that the duo of Amosun and Daniel are members of the All Progressives Congress (APC).

Despite being in different political parties, Showunmi rated the two as being in control of politics in the Gateway State

According to him, the two predecessors of the incumbent governor Dapo Abiodun know what to do when the chips are down.

In a post on Sunday, Showunmi shared some photographs he took with Amosun and Daniel at an event, saying:

“These 2 men (Amosun and Daniel) are arguably the territorial commanders of Ogun Politics, I love that they are my senior brothers and leaders.

“When the chips are down, they know the score! It was so nice seeing them both yesterday at the wedding ceremony of HE Sarafa Tunji-Ishola’s daughter’s wedding.”